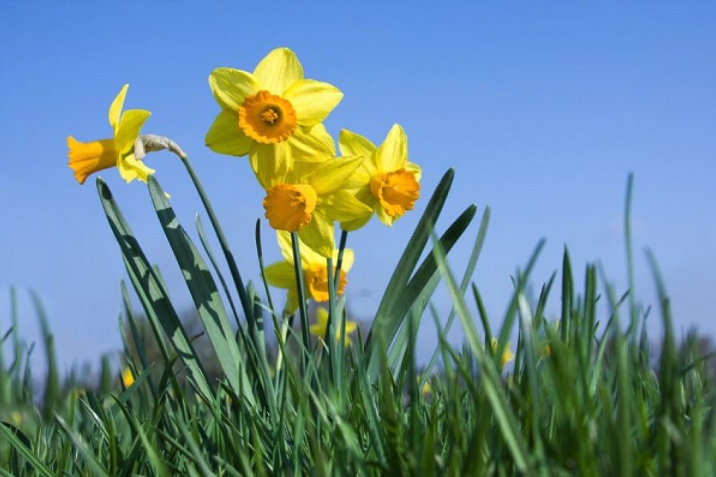 A daffodil, which has a relatively thin stem compared to its main head, never drops its flower despite strong winds. (image: KobizMedia/ Korea Bizwire)

SEOUL, May 12 (Korea Bizwire) – Strong winds have the capability to take down any man-made structure. Maintaining a wind-resistant building structure has always been a conundrum for architects.

However, Korean researchers have recently come up with a structure that can reduce the effect of wind by 20 percent, by using daffodil stems as an inspiration for their designs.

A team of scientists led by professor Hae-cheon Choi of Seoul National University used the shape of a daffodil stem to develop a wind-stable structure. The full findings were published in the latest edition of Physics of Fluids.

A daffodil, which has a relatively thin stem compared to its main head, never drops its flower despite strong winds. Its secret lies in the stem’s formation.

The stem is twisted in a spiral form, and its cross section is long and shaped like a lemon. This type of structure allows the flower to quickly turn its back against blowing wind. It can also bend its stem to become more wind-resistant.

Many other flowers have straighter stems in cylindrical form.

The team modeled a structure on these characteristics to see if it would be more wind-resistant, and ran it through a computer simulator. They discovered that the daffodil-modeled structure was able to reduce the effects of the wind by 18 to 23 percent compared to a regular cylindrical structure.

“Such shapes could be used to design wind-stable structures regardless of the material. The design could be applied to risers on a drillship, chimneys, antennas, skyscrapers, and even golf clubs,” said professor Choi.