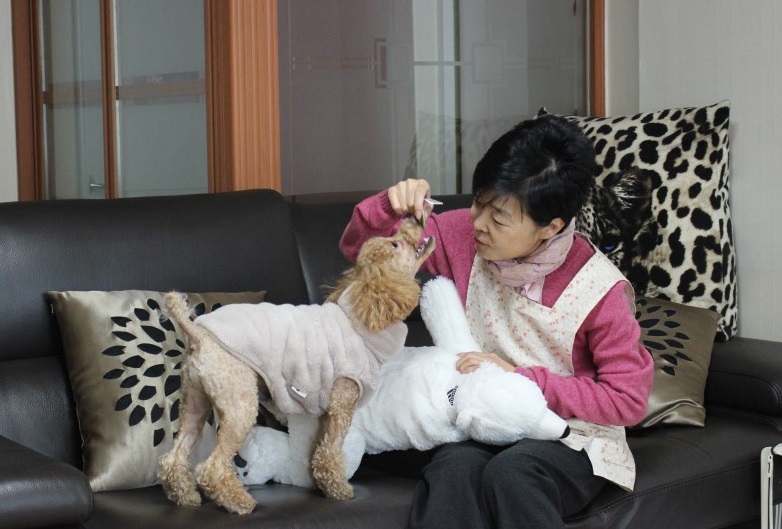 In the field of pet care services, which has recently risen rapidly, the performance of middle-aged women is notable. (Yonhap)

SEOUL, May 27 (Korea Bizwire) — Amid growing interest in animal welfare as South Korean society enters the era of 10 million pets, animal-related jobs are becoming a new opportunity for social participation for the elderly and middle-aged women, who are alienated from social activities.

Earlier this year, Gwanak District in Seoul recruited six senior citizen workers aged 65 and older to manage the feeding and litter places for stray cats set up by district offices.

An official from the Gwanak District Office reported that even though the pay is not high, it is meaningful because it opened up an opportunity for senior citizens to participate in society.

He added that elders actively share their stories when they check in for work, which definitely help to vitalize their lives.

In the field of pet care services, which has recently risen rapidly, the performance of middle-aged women is notable as well.

Kim Jeong-hee, a stay-at-home mom, started working at a pet sitter company two years ago. What Kim does is a commissioned care service in which one takes pet dogs to one’s house and takes care of them when the dog owner goes on a trip or leaves home for a long time.

Kim reported that “exciting and fun things happen with a puppy,”, adding that being a pet sitter is now a vital part of her life.

She added that it is particularly rewarding when she makes and feeds the dogs snacks, and corrects bad behavior through training.

According to “DogMate,” a startup that connects pet owners and pet sitters, the most ideal sitter is a middle-aged woman in her 40s and 50s who has had experience raising a dog.

Jeong Na-rae, co-founder of DogMate, said that most middle-aged women have had children, so their skills in taking care of dogs is quite astonishing.

Unlike young people, companies prefer middle-aged women because they are more responsible and more experienced in crisis situations.

Women in their 30s to 50s also form the largest group of applicants, and it seems that homemakers or career-broken women often apply for jobs that can be easily done at home as part-time job.

The Gwanak Women Resources Development Center (GWRDC), which supports the economic activities of women who have had a career interruption, has also recently started running start-up education programs for the pet industry.

It is a program that trains people preparing start-ups in the pet industry to analyze markets and items.

“Since animal care prioritizes experience and expertise of raising pets over age, it could be a good opportunity for middle-aged women who have seen their career interrupted due to childcare and household chores or for the elderly who want to participate in society after retirement,” said Kim Hyo-jung, head of the business planning team at the GWRDC.

She added that at this point, taking care of pets is more like a part-time job rather than a main job, but predicted that if one takes pride in what one does and strives to strengthen one’s expertise, it will be a main job.