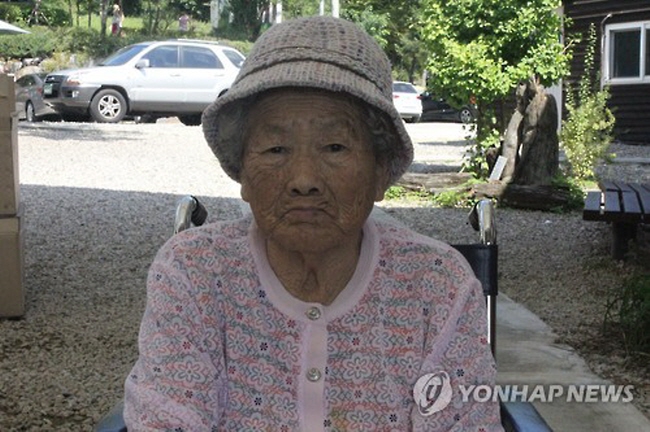 Now, only 51 women are left as survivors among 238 Korean women officially registered as victims of Japan’s sex slavery enforcement during World War Ⅱ.

She survived the war and eventually returned to Korea. She had been living in Andong after meeting her husband, and raised 5 children.

In 1998, she reported to the Korean government about her time in Japan during the war, following her husband’s suggestion to talk about her experience.

She started to live in a house for victims of Japan’s sex slavery in December 2012, as her health deteriorated.

She had been suffering from lifelong diseases brought on by the violence of the Japanese army during the war.

She once testified that all of her childhood friends were also taken by the Japanese army and forced into sex slavery. All of them were killed in Japan, and Kim was the only survivor to return to Korea.

She also said that she was thankful for citizens’ efforts to help solve the issue.

The funeral will be held in Andong on June 13.