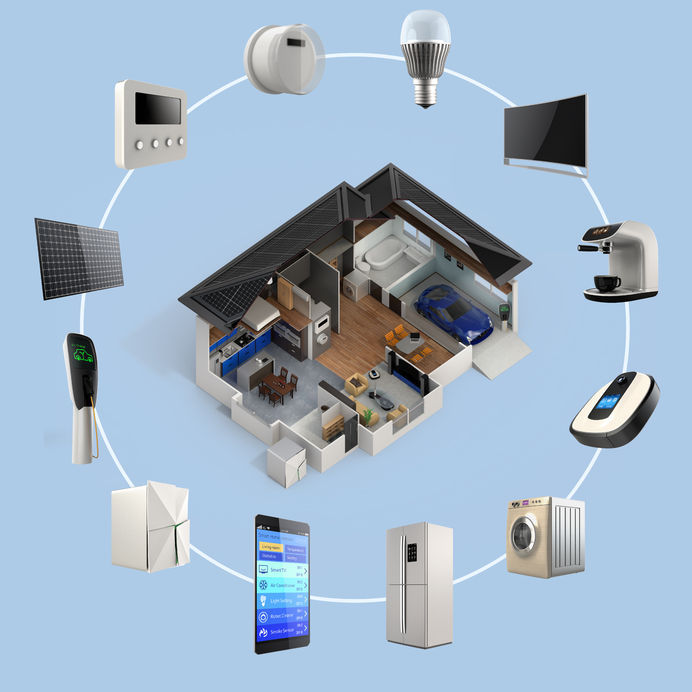 SEOUL, July 13 (Korea Bizwire) – According to a Hyundai Research Institute report entitled ‘The Trend of Promising Industries Related to Internet of Things (IoT)’ revealed on July 12, the global IoT market is expected to swell from $300 billion in 2015 to $1 trillion by 2020, with 28.8 percent annual growth. For South Korea, experts foresee an even faster annual growth rate of 38.5 percent, pushing the market from 3.3 trillion won ($2.88 billion) to 17 trillion won ($14.8 billion) over the same period.

In the report, three promising fields related to IoT technology including smart homes, smart cities, and smart cars or connected cars are highlighted.

Smart home technology involves connecting all smart devices used at home, allowing connected devices to recognize and analyze the environment in order to operate on their own.

To keep up with the growing population of urban areas, where 58 percent of the world’s population is expected to be concentrated over the next several years, the smart city market is expected to see 12.4 percent annual growth from $610 billion in 2012 to $1.56 trillion in 2020.

A connected car is an automobile with ICT technology that can conveniently share traffic information and other data with other vehicles in real time. The connected car market is also predicted to grow 35.1 percent annually.

While the new ventures offer a lot of promise in terms of their contribution to the domestic economy, some are expressing concerns with regards to the IoT market in Korea. Many high-tech consumers in Korea consider privacy and the high price of new gadgets to be their biggest concerns.

Ongoing investment in research and development and an abundance of highly-skilled workers are seen as strengths, although Korea scored lower on its technology adoption capacity and innovative capacity than the United States and Japan.

Yet many view readily available high-speed Internet and superior ICT laws as positive factors for the development of the IoT industry.

“In order to be on the front lines of the global IoT market, investment should be expanded and IoT ecosystems must be formed,” said Jeon Hae-young, a researcher at the Hyundai Research Institute. “Since we’re the testbed for the IoT industry, the development of a global IoT industrial complex needs to be strategically planned.”