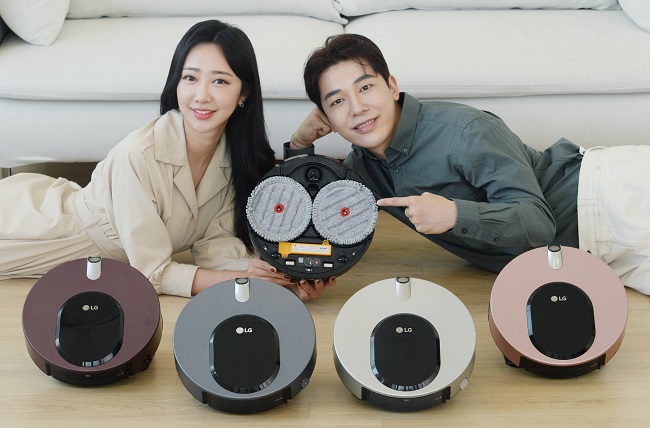 LG CodeZero M9 ThinQ does not have drive wheels, but it can move with its dual-spin mop pads underneath its robot chassis, the company said.

The latest robot cleaner is equipped with an automatic water supply system that keeps the mop pads moisturized when cleaning and adjusts the water supply level in three stages.

LG said its new robot mop has an upgraded artificial intelligence (AI) feature as it can identify the structure of a house on its own.

It is also equipped with six laser sensors that allow the robot mop to avoid obstacles and maneuver around household objects.

LG said its robot mop only emits sound levels of about 44 decibels and can be controlled easily with its home appliance management app LG ThinQ.