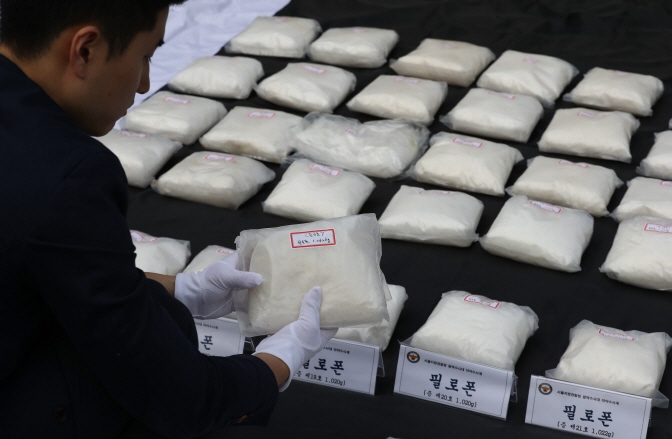 The emergence of online channels as a major drug trafficking route has resulted in recent surges in local drug offenses and seizures, while the methods of online drug trade are getting increasingly sophisticated, they said.

Amid the overall increases in drug trafficking, a spike in online trade was also recorded.

Police data showed that 1,977 people were punished for internet trafficking of narcotics in the first 10 months of this year, accounting for 21.2 percent of all drug offenders totaling 9,340.

The combination of advanced mobile technologies and non-face-to-face trade methods has made buying drugs over the internet as easy as online shopping.

In particular, the proportion of internet-savvy young people among drug offenders has been steadily increasing. Recruiting of drug retailers and deliverers is also conducted online.

Besides the dark web, which refers to encrypted online content that is not indexed by conventional search engines, ordinary apps and internet ads make narcotics accessible to students, housewives and other ordinary people.

Drug advertising, such as “Meth for sale,” “Delivery possible in one hour after payment” and “Quick trade possible in metropolitan area. Quality guaranteed,” can be frequently spotted on social media sites.

When a drug name or slang is entered in popular social media sites, numerous photos of banned substances and quality certificates can be viewed.

After negotiations in Telegram chats and a remittance of money, the merchant sends a map of hidden drugs to the buyer. The trade is completed when the buyer retrieves the drugs from the hidden location.

Due to such easy access to illicit substances, a number of drug offenses committed by celebrities and nightclub goers made headlines early this year.

In August, naturalized TV celebrity Robert Holley was given a suspended prison sentence after being indicted for buying 1 gram of methamphetamine online and taking the illegal substance twice in March. 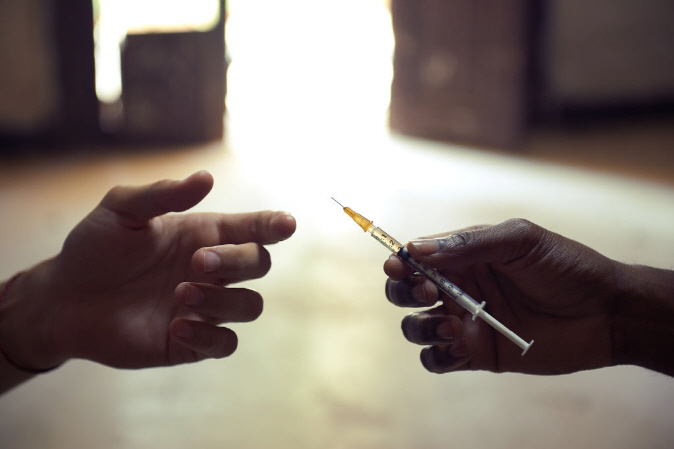 Prosecutors and police say another noticeable trend is a remarkable increase in global drug supply. Most of the drugs supplied to the Asia-Pacific region come from Myanmar rebels near the border with China.

The recruited deliverers smuggle drugs from Southeast Asia into the country after being falsely led to believe they were transporting pearls or diamond powder.

“Housewives who are heavily indebted or financially strained can often fall prey to drug traffickers. In one case, a North Korean defector produced narcotics in China and his daughter sold them in South Korea,” said a drug merchant in an interview with Yonhap News Agency.

An SPO report stated that smuggling of methamphetamine and marijuana surged 1,028.9 percent and 291.1 percent, respectively, last year, while illegal imports of Ecstasy, Yaba, JWH-018 and its analogues, and cannabis resin (hashish) have steadily increased.

The Korea Customs Service also said methamphetamine imports from pan-Chinese smuggling rings showed a spike in the first half of this year.

Meanwhile, abuse or misuse of medical drugs is getting serious.

According to data from the Ministry of Food and Drug Safety, about 17.86 million people, or one per 2.9 South Koreans, were prescribed medical drugs for one year from July 2018 to June this year.

About 7.73 million were given Propofol, an intravenous anesthetic ingredient, while 1.78 million were prescribed Zolpidem, a medication used for the treatment of sleeping problems.

As many as 160,736 people were prescribed Propofol more than twice a day.

In one extreme instance, a 26-year-old woman is facing an investigation after being prescribed 573 Propofols from 14 hospitals over one year, while a 37-year-old man was given 523 Propofols from seven institutions.

A person has been indicted after undergoing endoscopy three times a day to receive Propofol, while a surgeon in Daejeon, central South Korea, has been indicted for illegally prescribing the medical drug to a healthy client.