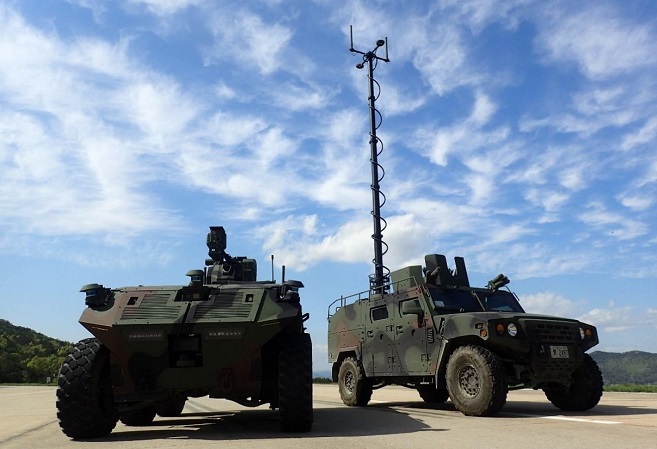 This photo provided by the Defense Acquisition Administration (DAPA) on April 22, 2021, shows unmanned surveillance vehicles under development that will deployed by around 2027.

SEOUL, April 22 (Korea Bizwire) – South Korea will push for the development of a state-of-the-art unmanned surveillance vehicle in earnest after years of preliminary research into the project, the arms procurement agency said Thursday.

According to the Defense Acquisition Administration (DAPA), it successfully wrapped up the exploratory development of the robotic vehicle for surveillance purposes, which began in 2018 in cooperation with the Agency for Defense Development and local defense firms.

The novel platform will be equipped with the artificial intelligence-based surveillance equipment and autonomous driving technologies so as to be capable of conducting diverse search, surveillance and guard missions in areas where humans cannot reach or are not permitted, such as border towns, DAPA said.

The six-wheeled hybrid vehicle is also expected to have high mobility and stability, it added.

“During the research period, we’ve secured key technologies by making a prototype and carrying out performance tests,” a DAPA official said. “This vehicle is expected to minimize potential damage to service members and boost combat capabilities of our armored forces.”

The agency plans to complete the development and put the new platform into operation in around 2027, according to DAPA.