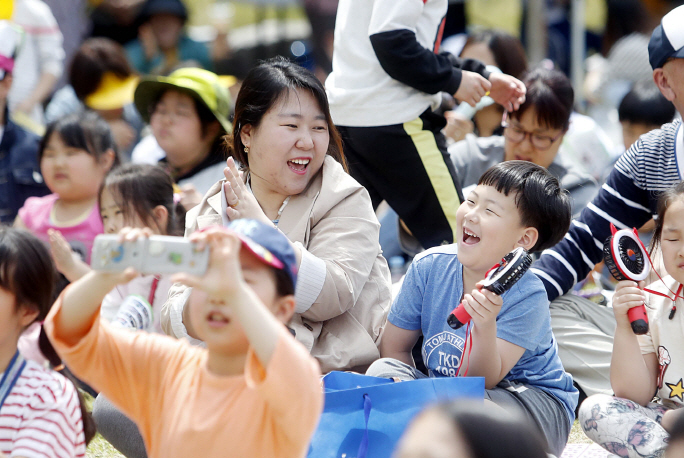 Young South Koreans spent only 48 minutes with their parents each day, lagging far behind the OECD average of 2 hours and 30 minutes. (Yonhap)

SEOUL, May 24 (Korea Bizwire) — Young South Koreans, from infants to teenagers, are one of the least happy populations among Organization for Economic Cooperation and Development (OECD) states due to a lack of opportunities for rest, play, and creating social relationships, despite their a relatively wealthy lifestyle.

In response, the South Korean government announced on Thursday comprehensive plans to improve the lives of children in South Korea.

According to the Ministry of Health and Welfare, South Korean children struggle less from material poverty (internet use per household, food/clothes, reading spaces), but more from the lack of social relationships (leisure, activities with friends and family).

Also, the OECD reported that South Korean children, while demonstrating excellent performance in reading, mathematics, and science, are developing fewer friendships (7.8 friends in 2013, 5.4 in 2018), and are being deprived of critical opportunities to engage in social relationships.

Young South Koreans spent only 48 minutes with their parents each day, lagging far behind the OECD average of 2 hours and 30 minutes.

Excessive competition over education, and the social stigma rampant in the country that ‘students are not allowed to play’ have been depriving children of opportunities to play.

Policy considerations for playtime, space, and programs were also lacking.

Among South Korean children between the ages of 9 and 17, 97.2 percent believe that their health is in good condition.

However, only 36.9 percent engaged in more than 30 minutes of exercise every week, which explains the increasing number of children with obesity that went from 11.2 percent in 2008 to 17.3 percent in 2017.

The data also showed that 40.4 percent of children were struggling from stress, and 27.1 percent had experienced feelings of depression.

Another 3.6 percent had seriously considered committing suicide, which clearly shows how much children are exposed to the dangers of emotional disorders.

Various programs and practices that discriminate against children, including so-called ‘No Kids Zones’, are more or less being accepted by South Korean society, which reflects the general social perception against children as being ‘troublesome’.

South Korea also lacks public awareness of children’s rights as it continues to condone corporal punishment in the home, despite the fact that the absolute majority of child abuse occurs there.

In order to create a society where children are happy, South Koreans should first understand the right to children’s happiness, and rebuild the outdated childcare institutions unsuitable in the age of prosperity.