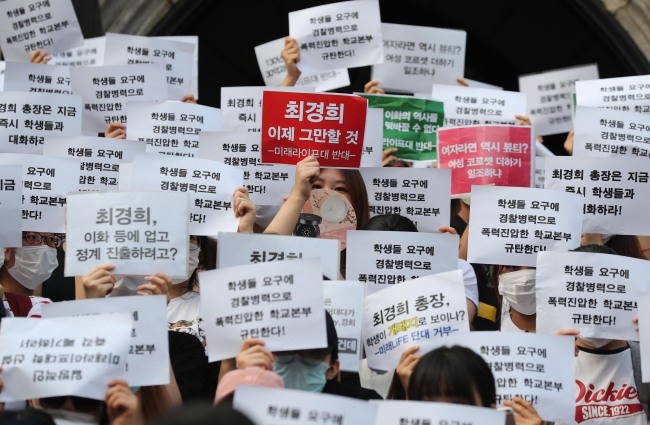 SEOUL, June 8 (Korea Bizwire) – The number of false notices of protest, which were previously used by corporations and public organizations to block unions and civil groups from gathering and demonstrating, has dropped significantly thanks to a major police crackdown. According to Gyeonggi Nambu Provincial Police Agency, zero cases of so-called ‘ghost protests’ – a [...]

Geneva, Paris, Brussels, Sept. 27 (Korea Bizwire) – Mr. Nam-gi Baek, the farmer activist who was left in a coma after being pummelled by water cannons at a demonstration in Seoul on 14 November 2015, succumbed to his injuries and died of kidney failure on Sunday, 25 September 2016. FIDH, the European Trade Union Confederation (ETUC), [...]

Massive Anti-Gov’t Rally to be Staged this Weekend

SEOUL, Dec. 4 (Korea Bizwire) - An association of 118 civic groups will hold a street demonstration in central Seoul this weekend, police said Friday, following a court ruling that overturned the police ban on the rally. It is the second rally after one in mid-November, which brought tens of thousands of demonstrators to the streets [...]