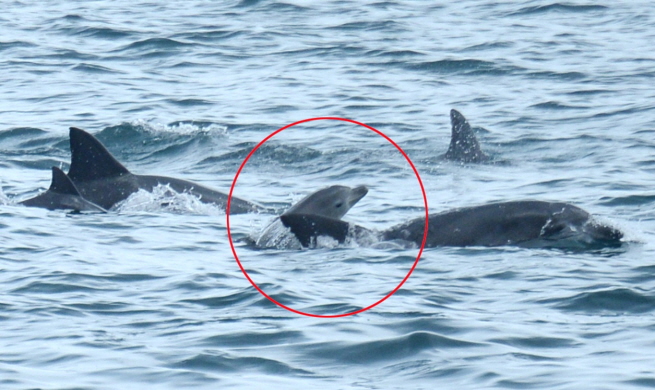 Released Dolphin Confirmed to Have Given Birth in Wild

JEJU, Aug. 24 (Korea Bizwire) — An Indo-Pacific bottlenose dolphin released into the wild off South Korea’s largest island of Jeju three years ago was confirmed this week to have given birth, a team of South Korean and Japanese researchers said Friday. The team, comprised of researchers from Jeju, Ewha Womans and Kyoto universities, said [...]

In Unprecedented Event, Released Dolphin Confirmed to Have Given Birth in Wild Sea

JEJU, April 18 (Korea Bizwire) – A team of South Korean researchers said Monday an Indo-Pacific bottlenose dolphin released into the wild is confirmed to have successfully given birth, heralding the unprecedented birth. The marine mammal, called Sampal and believed to be aged between 13 and 15, is presumed to have delivered and raised a [...]