Stealing Thunder? G5′s ‘Friends’ are More Pricey than Itself

SEOUL, April 1 (Korea Bizwire) – LG‘s new smartphone, which was launched on March 31, is drawing attention as its ancillary devices are more expensive than the phone itself. A customer would have to spend two million won to purchase the new G5 accompanied by its five ‘friends’ (accompanying devices). According to industry reports, the lowest [...]

LG to Start Global Sales of G5 this Week

SEOUL, March 30 (Korea Bizwire) – LG Electronics Inc. said Wednesday it will start to sell its latest flagship smartphone, the G5, around the globe later this week, three weeks after the debut of the Galaxy S7 series by its archrival Samsung Electronics Co. The South Korean tech giant said the G5 will come with a price tag [...]

LG to Start Global Sales of G5 on March 31

SEOUL, March 18 (Korea Bizwire) – LG Electronics Inc. said Friday it plans to start the sale of its latest flagship G5 smartphone in South Korea and other countries on March 31, kicking off the steps of its plan to catch up with the Galaxy S7 series released last week. The G5 smartphone, first introduced at the Mobile [...]

SEOUL, March 16 (Korea Bizwire) – Samsung Electronics Co.‘s Galaxy S7 Edge, one of the South Korean tech giant’s latest two flagship smartphones, boasted higher than expected sales in Europe compared to its sister, industry sources said Wednesday. According to the sources, the Galaxy S7 Edge, which comes with a display that curves at both [...] 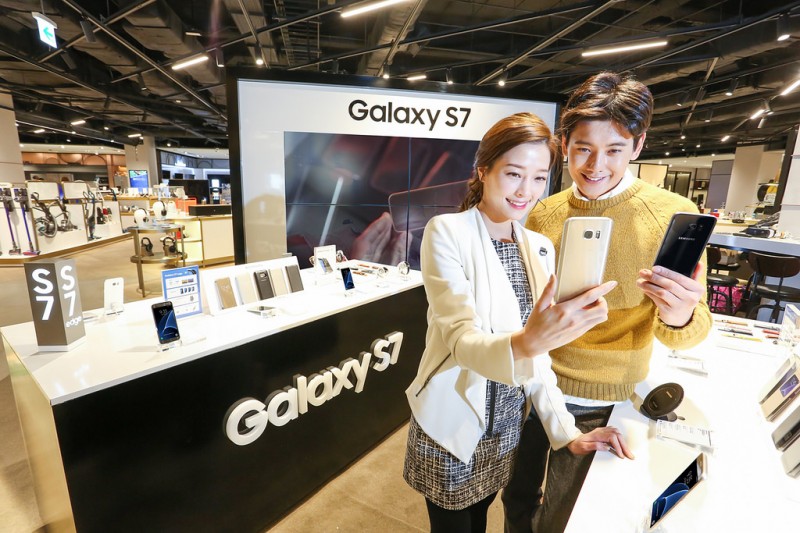 SEOUL, Mar. 2 (Korea Bizwire) — Samsung Electronics Co.’s latest flagship smartphone, the Galaxy S7, may come without mobile carriers’ logos inscribed on the back, industry sources said Tuesday, reflecting the firm’s efforts to improve the aesthetics of its smartphones. According to the sources, the Galaxy S7 to be released in South Korea will not [...]

Galaxy S7 to Focus on Performance Over Design

SEOUL, Dec. 18 (Korea Bizwire) - Samsung Electronics Co.’s new flagship smartphone, presumably the Galaxy S7, is set to be showcased at a tech exhibition slated for February, an industry source said Friday, with the device expected to put more emphasis on performance over design. The South Korean tech giant will reveal the new Galaxy at [...]