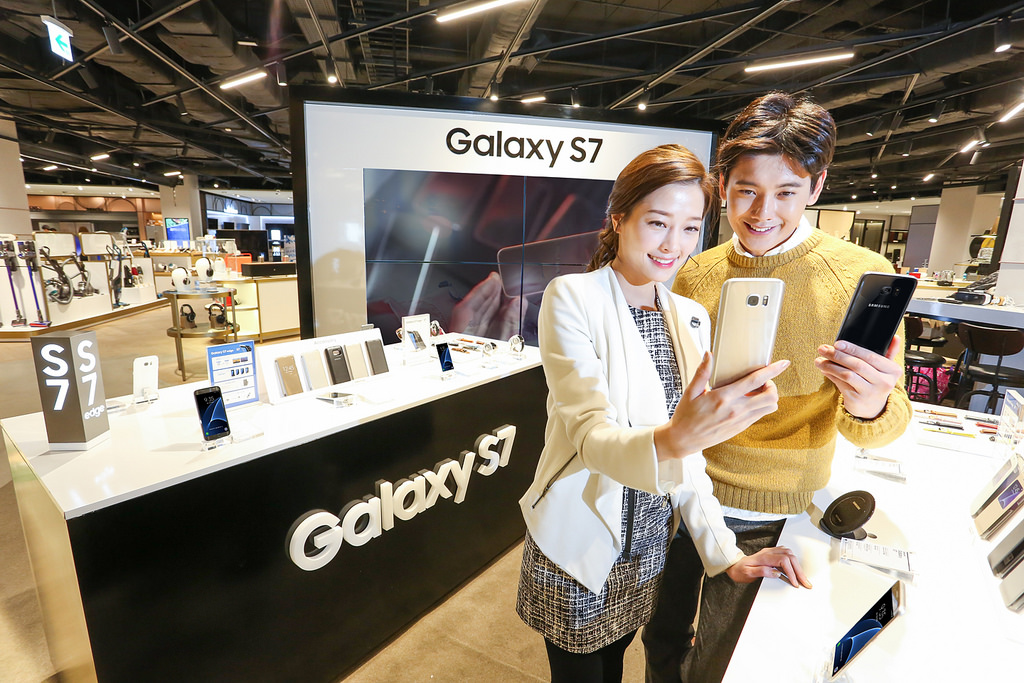 Galaxy S7, metal-and-glass encased flagship devices will be available for sale on March 11 in 60 countries around the globe. (image: Samsung Electronics)

According to the sources, the Galaxy S7 to be released in South Korea will not come with mobile carriers’ logo on the back, and also will delete “Samsung” from the front of the phone above the screen.

Samsung Electronics’ spokesperson declined to clarify whether the rumors are true in South Korea as well as possible moves to extend this practice to the global market.

Industry sources said there has been a growing need for a “clean” Galaxy smartphone among Samsung fans, especially since main rival Apple Inc.’s iPhones come without the brand name inscribed on it, except for the symbolic apple on the back.

Samsung earlier said its latest metal-and-glass encased flagship devices will be available for sale on March 11 in 60 countries around the globe. Preorders for the Galaxy S7 and the Galaxy S7 Edge will begin on March 4 in South Korea.’