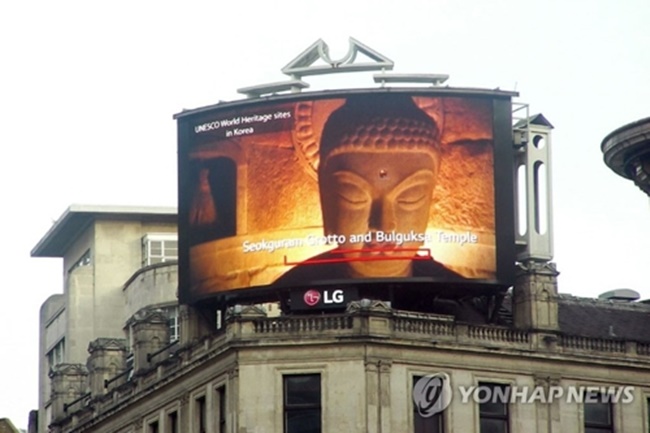 SEOUL, Nov. 6 (Korea Bizwire) – Starting Monday, Korean cultural heritage will be featured on a huge billboard at Piccadilly Circus, one of the most popular areas of London, the South Korean government has said. The one-minute-long advertisement will run on the billboard owned by LG Electronics in the square 48 times a day till Nov. 30, the Cultural Heritage Administration (CHA) said. The video [...]