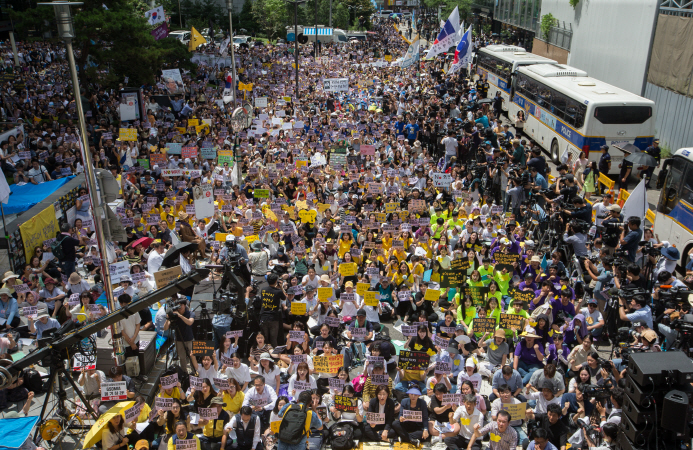 SEOUL, Aug. 14 (Korea Bizwire) — The weekly protest rally demanding Japan’s apology to victims of its wartime sex slavery marked its 1,400th edition Wednesday amid an escalating diplomatic and trade row between Seoul and Tokyo. Nearly 20,000 activists, students and other citizens assembled to participate in the 27-year-old protest in front of the former [...] 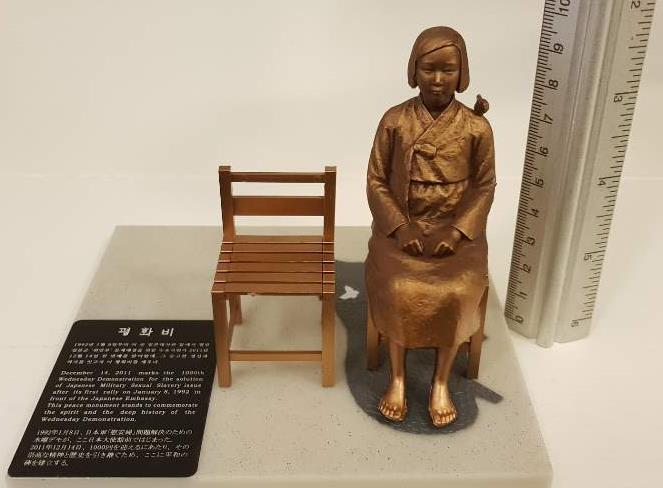 BERLIN/TOKYO, Aug. 4 (Korea Bizwire) — Japan has allegedly pressured a German museum to remove a statue of a girl representing victims of Japan’s World War II-era sexual slavery from display, a South Korean civic group said Sunday amid escalating political and trade tensions between the two neighboring countries. According to Korea Verband, a nonprofit [...] 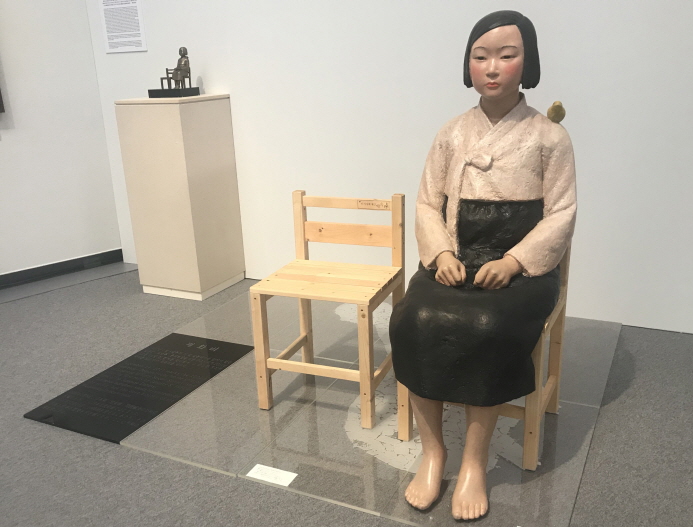 NAGOYA, Aug. 3 (Korea Bizwire) — A statue of a girl representing victims of Japan’s World War II-era sexual slavery, which has been on display at an international arts festival in Aichi Prefecture, central Japan, was ordered by Japanese officials to be removed, the festival’s organizers said Saturday. The statue, which symbolizes Korean women who [...] 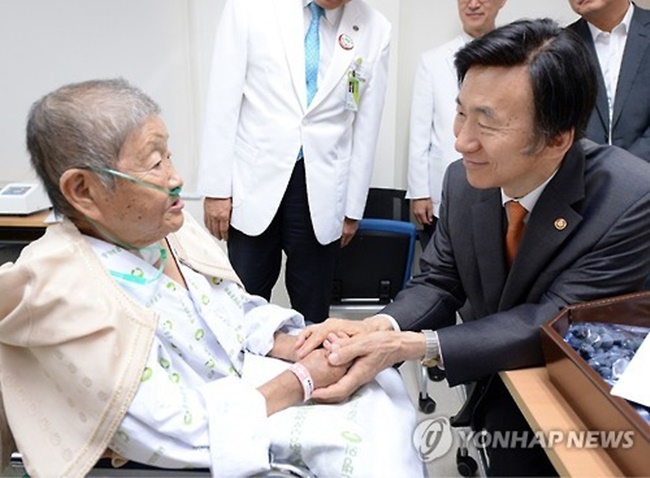 SEOUL, Aug. 28 (Korea Bizwire) – Another South Korean woman who was forced into sexual servitude by Japan during World War II died Monday, a civic group said, reducing the total number of the country’s surviving victims to 36. The Korean Council for the Women Drafted for Military Sexual Slavery by Japan said that Ha [...] 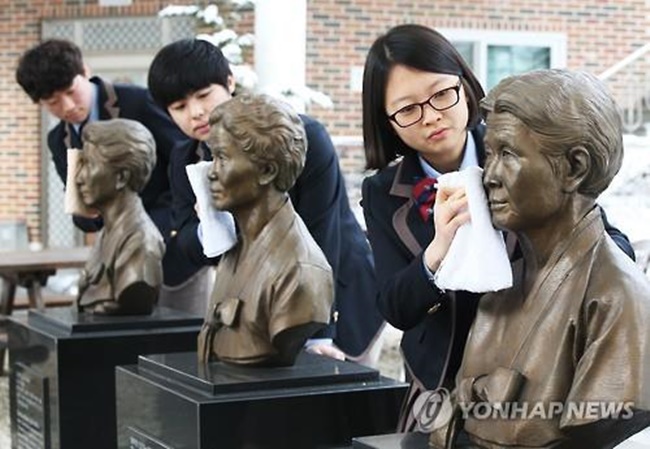 SEOUL, June 23 (Korea Bizwire) – The foreign ministry plans to launch a special team to look into the controversial agreement signed with Japan on its wartime sexual enslavement of Korean women, a ministry official said Friday. The move is in line with President Moon Jae-in’s campaign pledge to review the agreement signed in December [...] 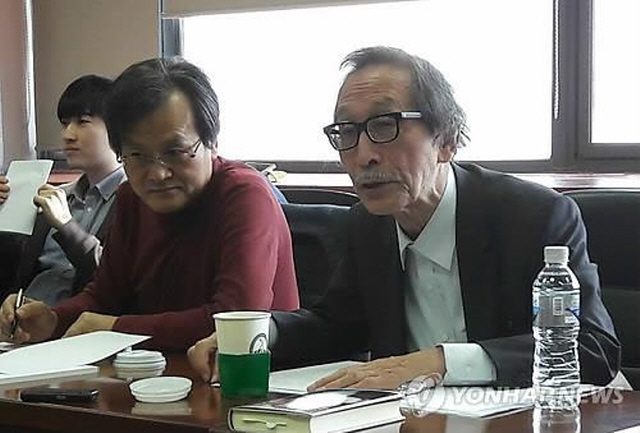 SEOUL, Mar. 31 (Korea Bizwire) — A Japanese scholar on Thursday proposed the establishment of a memorial engraved with Prime Minister Shinzo Abe’s latest apology over Japan’s wartime sexual enslavement of Korean women. Haruki Wada, an emeritus professor at Tokyo University and expert in Korean history, made the proposal during a forum in Seoul as [...] 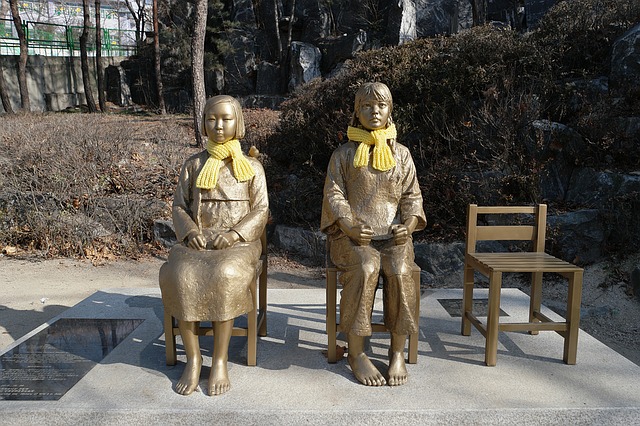 Foundation for Former Sex Slaves to Be Launched Next Week: Sources

SEOUL, July 25 (Korea Bizwire) – A foundation dedicated to helping South Korean women who were sexually abused by Japan during its colonial occupation period (1910-45) will be launched next week, informed sources said Sunday.  In December, South Korea and Japan reached a landmark deal in which Tokyo apologized for its colonial-era atrocities and agreed [...] 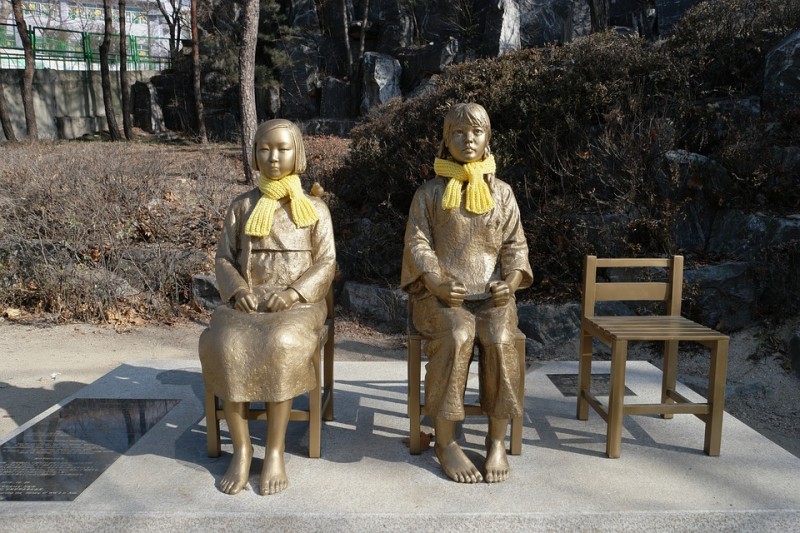 SEOUL, June 3 (Korea Bizwire) – Police on Friday apprehended a 33-year-old woman who struck a statue symbolizing the victims of Japan’s wartime sexual slavery with a hammer.  The woman, who has a history of schizophrenia, was caught at around 12:30 p.m. after she hit the statue in front of the Japanese Embassy in Seoul three [...] 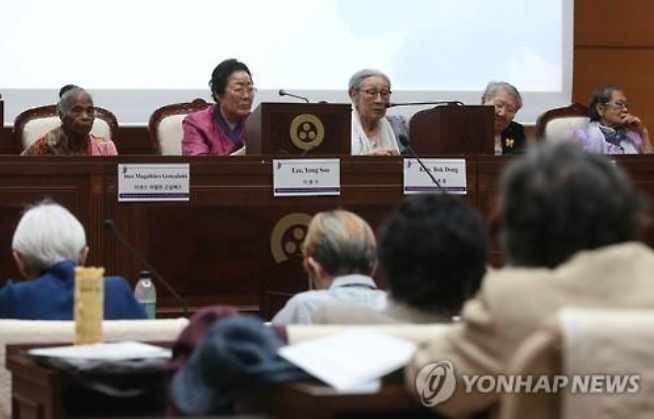 SEOUL, May 20 (Korea Bizwire) – Asian victims of Japan’s wartime sexual slavery denounced the agreement reached by Seoul and Tokyo last year by claiming their views were not properly considered. Wrapping up the 14th Asian Solidarity Conference for the Issue of Military Sexual Slavery by Japan, the surviving victims adopted a resolution saying the [...] 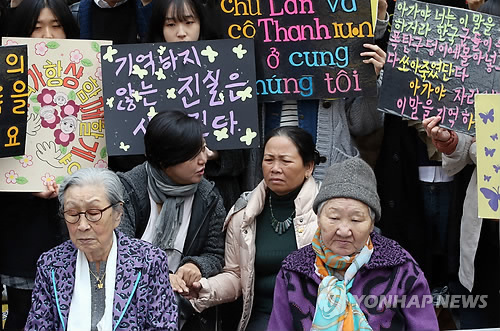 SEOUL, April 9 (Korea Bizwire) — A group of civilian victims from the Vietnam War participated in a rally in Korea, which was held to push for a resolution of the sex slave issue between Korea and Japan, on April 8 in front of the Japanese Embassy in Jongno, Seoul.    Nguyên Thi Thanh, who [...]