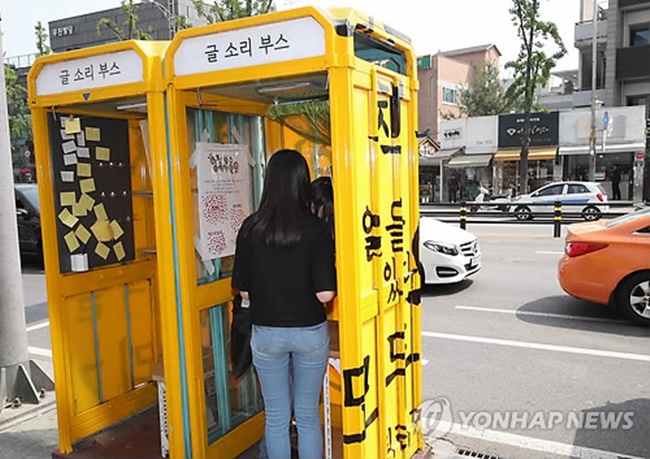 SEOUL, May 4 (Korea Bizwire) – South Korean civic group Writers is teaming up with KT Linkus, an affiliate of telecom provider KT, in giving a new role to old telephone booths near Gyeongbokgung station in Seoul’s Jongno District, by transforming them into mini studios in which audiobooks will be recorded for visually impaired people, [...]

SEOUL, Nov.10 (Korea Bizwire) – The Seoul Metropolitan Government has announced that deserted phone booths will be modified into ‘relief booths’. A ‘relief booth’ is a phone booth where citizens can take shelter when they are threatened criminally. After an individual enters and presses a button, the door closes automatically and sirens go off. Through [...]