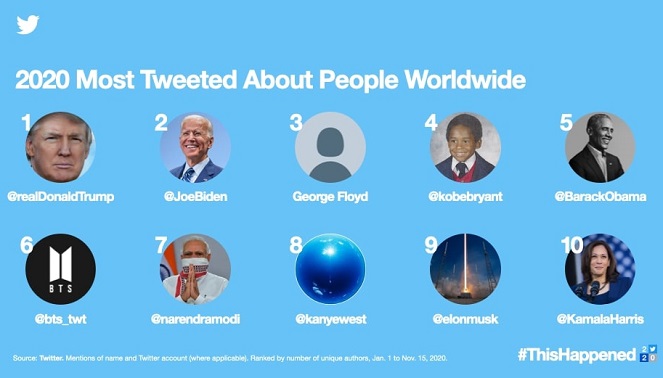 BTS’ 6th Most Tweeted About People Worldwide in 2020

SEOUL, Dec. 8 (Korea Bizwire) — K-pop superstar BTS ranked as the sixth most tweeted about people globally, data from Twitter Inc. showed Tuesday, in apparent proof of the seven-member group’s strong influence in the social media platform. While U.S. President Donald Trump and President-elect Joe Biden topped the list, BTS was one of two [...] 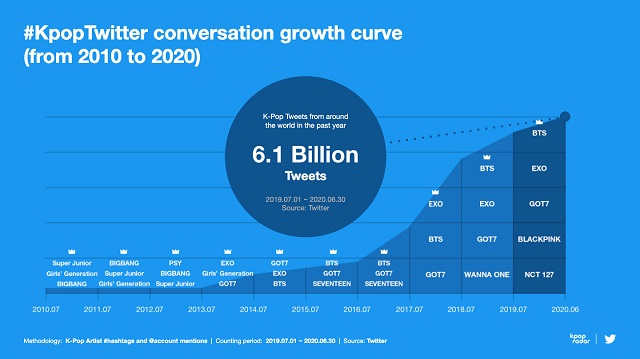 SEOUL, Sept. 22 (Korea Bizwire) — Despite COVID-19 having bogged down the global entertainment industry at large, the conversation and buzz surrounding K-pop on the social media platform Twitter has increased substantially in volume in the past year, according to data from the company Tuesday. The number of K-pop-related tweets from July 2019 to June [...] 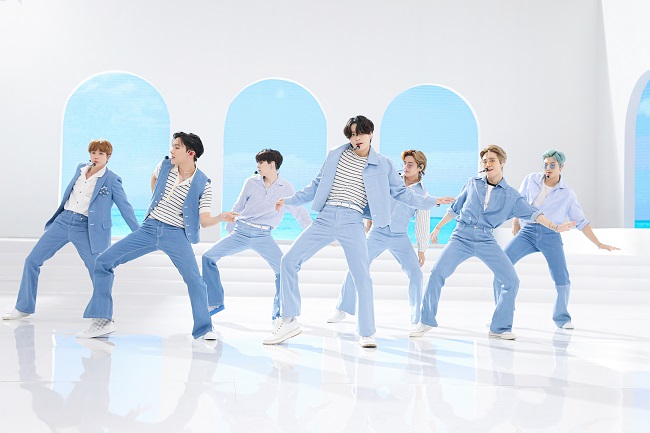 BTS Most Tweeted-about Act in Past Six Months in U.S. amid COVID-19 Pandemic

SEOUL, Sept. 16 (Korea Bizwire) — K-pop phenomenon BTS was the most talked-about musical act on Twitter in the United States during the past six months of the novel coronavirus pandemic, U.S. media reported Wednesday. According to the news reports from outlets including Variety magazine, BTS topped the list of 10 most tweeted-about artists by [...] 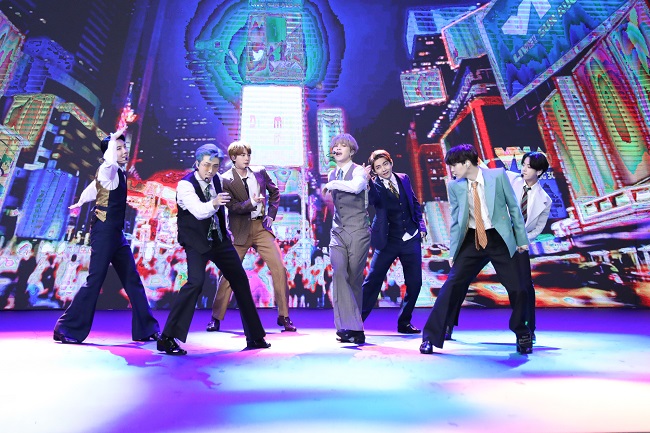 BTS Garners 46 mln Tweets as ‘Dynamite’ Hits No.1 on Billboard

SEOUL, Sept. 10 (Korea Bizwire) — Twitter is seeing a tweet spree after BTS topped Billboard’s Hot 100 with their most recent song, “Dynamite.” Twitter Inc. reported on Wednesday that nearly 46 million tweets shared the news regarding BTS’ newest release topping the Week 1 Hot 100 Chart for the period from Aug.31-Sept. 2. The [...] 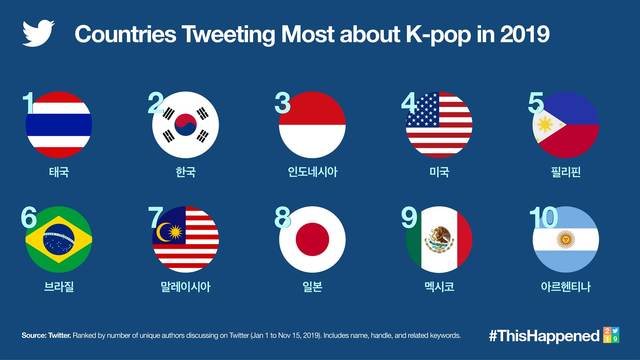 SEOUL, Jan. 14 (Korea Bizwire) — Twitter Inc. said Tuesday that 6.1 billion tweets were created last year globally about K-pop. The number is up 15 percent from 5.3 billion tweets a year earlier, according to the U.S. microblogging website. Some of the top 20 countries that tweeted the most about K-pop in 2019 include [...]

SEOUL, Nov. 25 (Korea Bizwire) — Typing in the name of a girl group celebrity on a search portal returns with insulting ‘suggest keywords,’ including some related to the exposure of certain parts of the body. These keywords remain on the internet despite the risk of defamation and sexual harassment against the celebrities in question. [...] 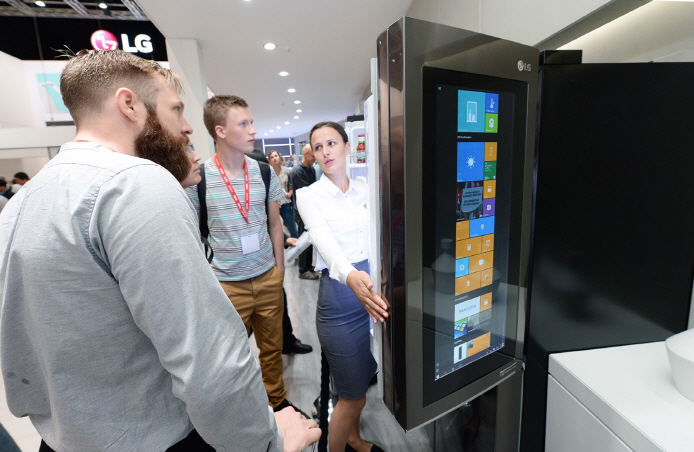 SEOUL, Aug. 19 (Korea Bizwire) — LG Electronics Inc.’s Smart Fridge has gained worldwide attention after a desperate young American girl used the refrigerator to post a tweet. Dorothy, a big fan of Arianna Grande, used to post pictures of her everyday life on social networks using her smartphone until her concerned mother took away [...] 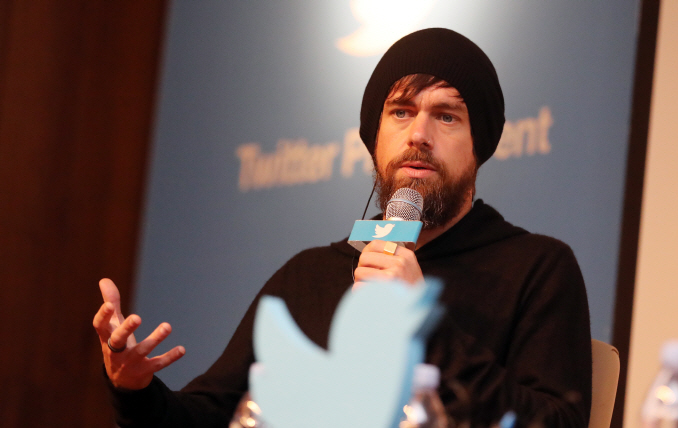 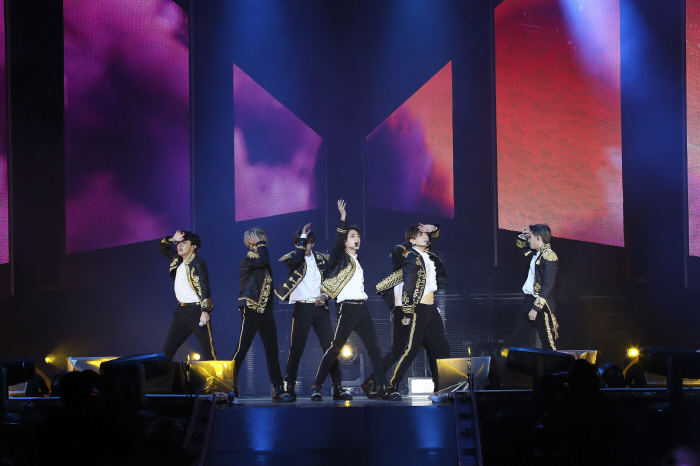 SEOUL, Feb. 22 (Korea Bizwire) — Twitter Inc. said Friday that 5.3 billion tweets were created last year globally about K-pop. “Twitter continues to show that it’s the best place to find out what’s happening with K-pop and to talk about it with K-pop fans around the world,” the U.S. microblogging website said. Some of [...] 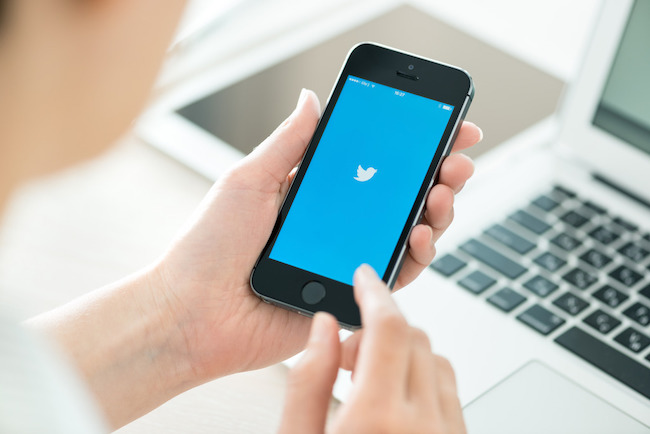 SEOUL, March 2 (Korea Bizwire) — Instead of getting defensive, a receptive stance entailing an apologetic attitude is a more efficient approach for companies that are under fire and are subsequently attempting to cool public outrage on social media, research has found. A research team from UNIST examined Twitter data for 12 companies that were [...]