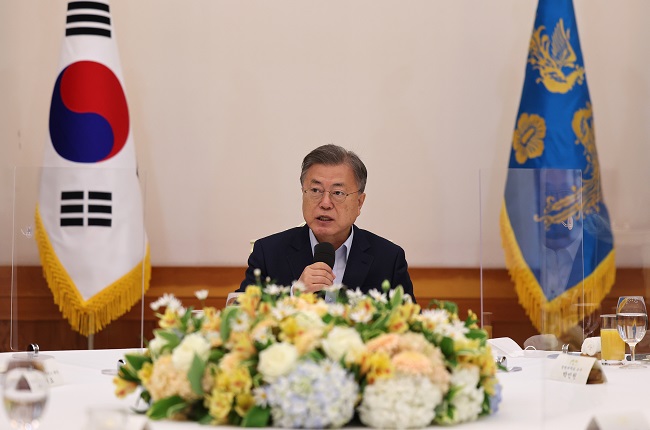 President Moon Jae-in speaks during a meeting held at the presidential office Cheong Wa Dae in central Seoul on April 7, 2022, to encourage efforts for the Korean version of the New Deal project. (Yonhap)

SEOUL, April 11 (Korea Bizwire) — President Moon Jae-in said Monday that he expects to communicate with people on his post-presidential life via Twitter, as the number of followers of his account surpassed 2 million.

“After retirement, I look forward to having a conversation about new life out of politics (via Twitter),” Moon said in a Twitter post to mark the achievement of over 2 million followers.

Moon said Twitter has become one of the most important communication tools since his foray into politics.

Moon also thanked people “who always send me encouragement and love via Twitter.”

Moon, who is set to leave office on May 9, has said he wants to be forgotten and will not get involved in politics after his retirement.