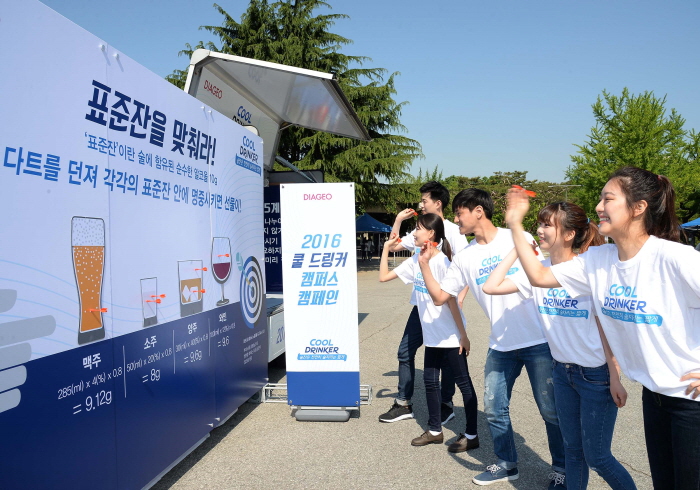 SEOUL, Sept. 7 (Korea Bizwire) — One out of three college students said they have experienced being forced to consume alcoholic beverages, a survey showed Friday, suggesting unwanted drinking remains a problem on college campuses.

According to the survey conducted by the Korea Centers for Disease Control and Prevention and submitted to the National Assembly, 31.7 percent of the respondents said they have experienced drinking too much alcohol because of pressure from peers.

The survey was conducted on 5,024 students from 82 universities and community colleges across the country between May 2017 and Jan. 2018.

The survey showed that 29.2 percent of the respondents were forced to drink at college orientation, followed by 22.6 percent on off-campus trips with fellow students.

Also, 54.3 percent of the respondents said they have experienced being too drunk to walk and speak properly at least once a year. The number of those who said they were seriously intoxicated at least once a month stood at 31.7 percent.