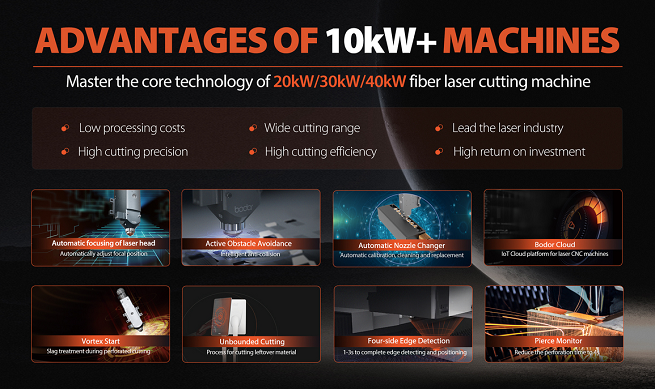 SHANDONG, China, Nov. 24 (Korea Bizwire) — The spring of 2020 is different. A sudden epidemic has stopped us from all kinds of progress. The world is shrouded in the haze of the epidemic, and the COVID-19 epidemic has become a matter of concern to everyone. There is no doubt that the outbreak of this epidemic has brought a great blow to the world economy. In this context, “high efficiency” has become the overall demand of manufacturing and processing in several major industries such as heavy machinery, urban rail transit, high-speed rail and new energy etc.

With its excellent performance, 10kW+ laser cutting machine has gradually become the darling of the market and has been adopted by the majority of metal processing enterprises. As one of the fastest-growing companies in the laser industry, Bodor Laser has also taken part in this activity. Bodor Laser’s 10kW+ products have become a representative of new productivity in the field of laser cutting by virtue of wider and deeper processing range, stronger cutting ability and higher processing efficiency. Since the Bodor laser 10kW+ laser cutting machine was put into the market, it has repeatedly created industry sales miracles.