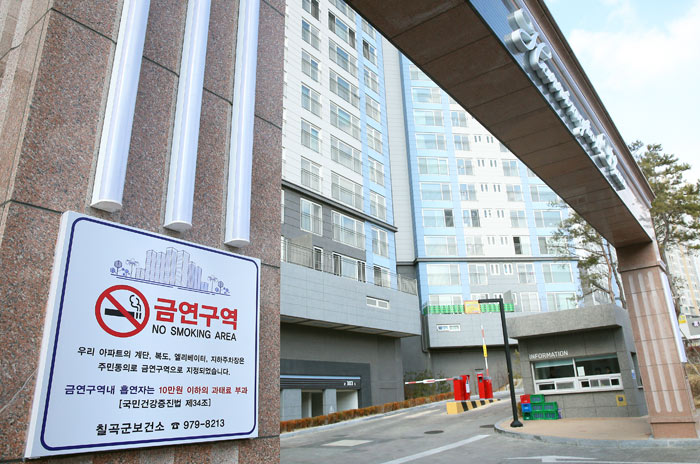 The law, which took effect Sept. 3, 2016, allows provincial governments to designate all or part of corridors, stairs and underground parking garages of apartments as no-smoking zones upon approval by at least half of the residents.

Out of the total, 113 apartment complexes have designated all common places as no-smoking zones

A ministry official said policymakers are revising the law to lower the fine to 50,000 won in September in consideration of the voluntary nature of the apartment building no-smoking zones.