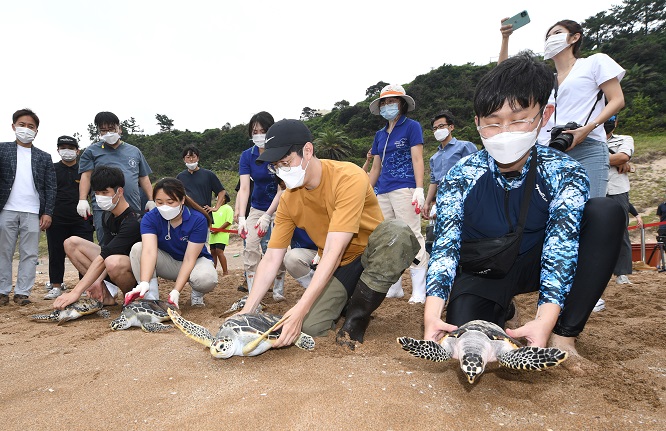 The ministry reported that there are only seven existing species of sea turtles. The International Union for Conservation of Nature manages them based on their endangered status. 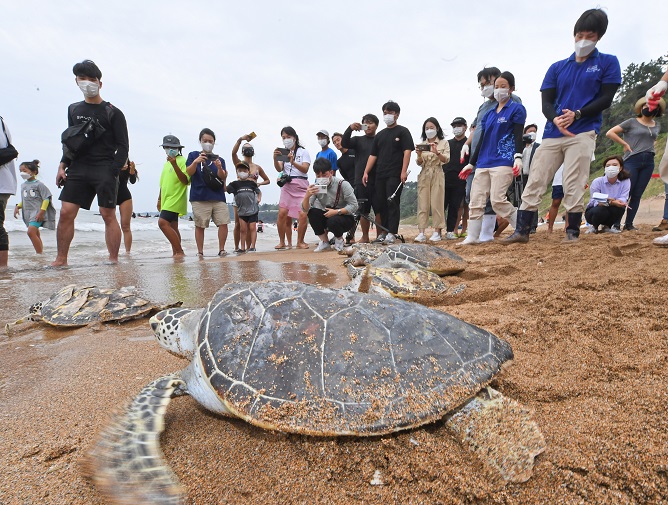 From 1992 to 2007, Jungmun Saekdal Beach has been a natural habitat for sea turtles, sustaining a water temperature of 14 degrees Celsius or warmer during the winter.

With assistance from the Korea Marine Environment Management Corporation and Hanwha Aqua Planet Yeosu, the ministry has successfully raised artificially incubated green turtles and has released 103 turtles into the wild thus far.