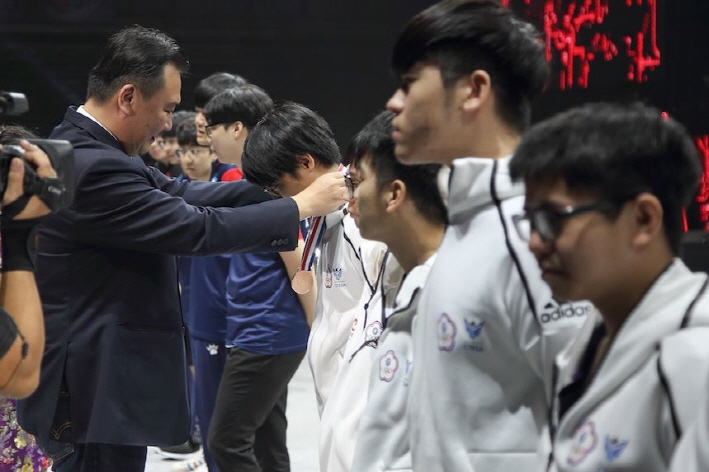 KAOHSIUNG, TAIWAN, Nov. 16 (Korea Bizwire) - The three-day 2018 leSF 10th Esports World Championship closed in Kaohsiung after heated competition among some 700 players from 48 countries. Acting Kaohsiung Mayor Hsu Li-ming enjoyed the excitement of the game at the venue on the last night of the event.

At the closing ceremony on Nov.11 in Kaohsiung Arena, Hsu presented awards to the top three winning teams of “League of Legends” and praised all players for demonstrating great sportsmanship and team spirits while setting impressive records.

First place of “League of Legends” went to South Korea. It was followed by Macau, and Chinese Taipei came in third.

The players from Chinese Taipei team proved their strong competitiveness after gaming with those from other countries, and showed Taiwan’s potential to further develop the esports industry, observers said.

The top three winners for “CS:GO” were Finland, Sweden and Romania. Saudi Arabia took the top spot in Tekken 7, followed by Japan and South Korea.

Kaohsiung City Government said hosting the 2018 leSF championship marked a milestone in Taiwan’s esports industry development. Taiwan has gained precious experiences in holding competitions of such large scale, and benefitted from the exchange of related technology.

The championship – the first international esports event ever held in Taiwan – also successfully attracted tourists to Kaohsiung, promoted the local cultural ad creative businesses as well as the recreational activities in the city, the government added.