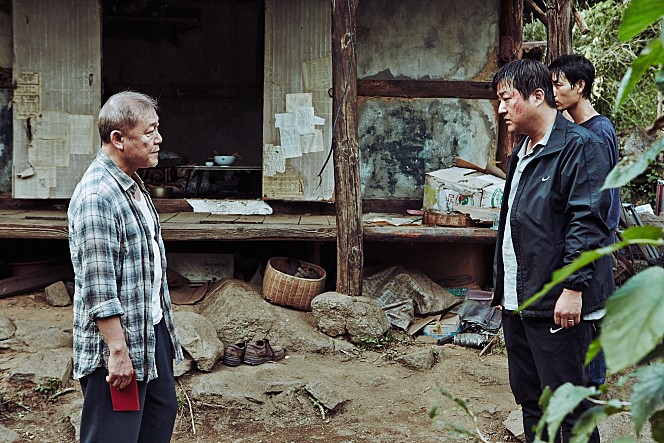 A scene from “The Wailing”. (image: 20th Century Fox Korea)

“I understand that Fox’s headquarters has decided not to produce Korean films any longer,” one of the sources said.

The withdrawal may have something to do with the Walt Disney Company’s acquisition of 21st Century Fox, the mother company of 20th Century Fox, they said. There is a chance that the Disney-Fox deal will result in the merger of the two companies’ Korean units.

Some others say the decision could be a consequence of weak box office performance by its Korean films. Of the six films that have been produced by Fox in South Korea, only one — “The Wailing” — was commercially successful.

But the Korea unit of the 20th Century Fox later denied it is pulling out. The company said it still has producers in charge of making Korean films and that a new Korean film project is underway.

The studio began producing Korean movies with “Running Man,” a comedy-action starring Shin Ha-gyun that attracted 1.42 million viewers in South Korea in 2012. The company has since made “Slow Video” (2014, 1.17 million), “Intimate Enemies” (2015, 130,000) and “The Wailing,” a supernatural thriller directed by Na Hong-Jin that sold 6.8 million tickets. Last year, it produced the historical drama “Warriors of the Dawn” (830,000).

The company participated in the production of “The Wailing” when domestic investors turned their back on the project and reaped a big return, also enhancing the diversity of Korean cinema.

Fox planned to release a local film set in a prestigious middle school this year, but the film’s opening was indefinitely delayed after allegations of rape and sexual assault were made against lead actor Oh Dal-soo.