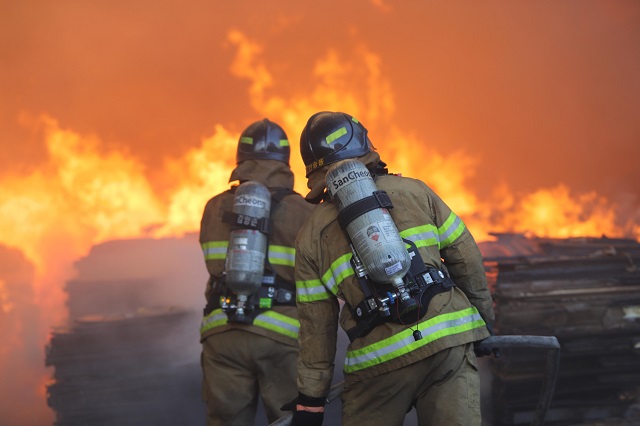 Firefighters are seen in this photo provided by the Incheon Metropolitan Government.

SEOUL, Nov. 21 (Korea Bizwire) — Firefighters at the forefront of saving lives are suffering from worse psychological disorders than before.

A survey conducted by the National Fire Agency of 54,056 firefighters showed that 29.8 percent were suffering from sleep disorders caused by stress at work. This was 7 percentage points higher than last year.

Roughly 25 percent of the respondents suffered from alcohol abuse, and 5.4 percent (2,906 people) were at a high risk of committing suicide, which was 1 percentage point higher than last year.

Seoul National University Bundang Hospital attributed the survey results to mental and physical burnout among firefighters, who have been at the forefront of fighting the pandemic.