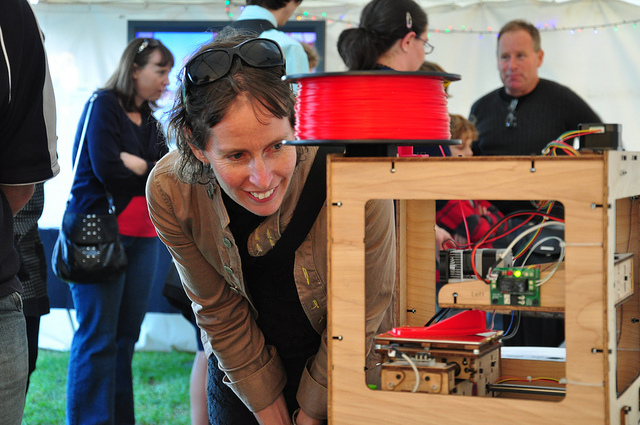 “3D printing is no longer an impossible pipedream, but an innovative  reality that’s becoming more accessible to mainstream consumers,” said  Martin Porter, executive producer, CE Week. “3D printing will be a major  trend at CE Week with the top names in the 3D printing market  represented at the show.”

The CE  Week Conference Program will feature a panel session titled, “3D  Printing For the Rest of Us,” scheduled for 11:15 a.m., Thursday,  June 26. Moderated by Tony Hoffman, analyst of printers and scanners at PCMag.com,  the panel will explore the latest innovations in easy-to-use and  affordable 3D printers and how they’re being used – from arts and  crafts, to toys, to home repair, fashion and even baking. Panelists  include executives from major 3D printing companies including Makerbot,  Transcend 3D, Shapeways and 3D Systems.

The 3D printing market continues to gain global momentum. In fact,  research from the Consumer Electronics Association (CEA)® predicts that  sales of desktop 3D printers will more than double from 2012 to 2014  with the average wholesale price of a 3D printer reaching $1,233 in 2014.

The CE Week exhibit floor will feature a 3D Pavilion showcasing the  latest 3D printing innovations from Robo 3D, Pirate 3D and  Matter and Form, which is also serving as the Official 3D Scanner of  CE Week. B&H will also be featured on the show floor  displaying the latest technologies from Makerbot. Additionally  the Pavilion will feature a 3D Printing Exhibition with companies  displaying their latest creations using the theme of a New York City  landmark.