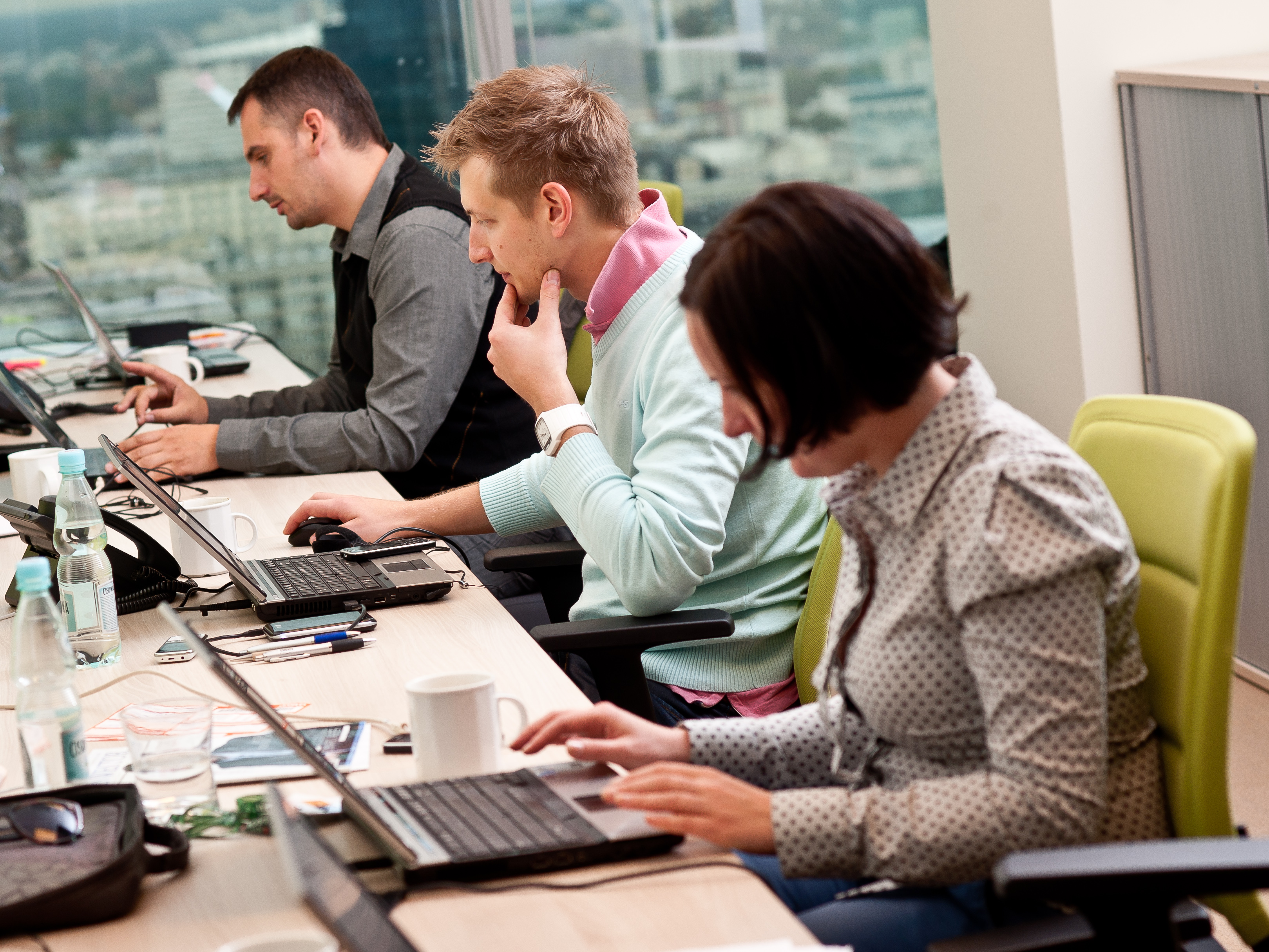 SAN FRANCISCO, Mar 28, 2014 (Korea Bizwire) - Even in an uncertain economy, 40% of employed Americans say they want to  leave corporate jobs, according to a new national study commissioned by CreativeLive,  the world’s largest online education network. Further, 41 million1  employed Americans would be willing to take a pay cut for a job that  allows them to be more creative.

The inaugural Creative Jobs Report uncovers current American attitudes  and behaviors toward creativity in the workplace. Underscoring the  growing interest in new, creative career pursuits, the report finds that  over half (55%), or almost 78 million1 employed U.S. adults,  would jump ship from a traditional job to be self-employed — if they  could still pay their bills. In addition, 36% of employed adults want to  quit their current jobs in search of something more creative. This  survey was conducted online within the United States by Harris Poll on  behalf of CreativeLive from March 3-5, 2014 among 2,112 adults ages 18  and older.

“We are facing a massive — and growing — creativity crisis,” says  CreativeLive Co-Founder Chase Jarvis. “When over 51 million employed  Americans want to leave their jobs to pursue a more creative career, we  have jarring evidence that our existing education and work systems are  broken.”

“These findings underscore the increasing importance of creativity in  professional pursuits, and reflect the need for high quality, online  courses to help people achieve their dreams,” said Mika Salmi, CEO of  CreativeLive. “We’re honored, now more than ever, to provide the tools  Americans need in order to create the life they want.”

In examining gender, it appears men are leading the charge when it comes  to seeking out creativity in the workplace. 23% of employed men say they  want to find a job that allows them to be more creative than the one  they have now, as opposed to 14% of women.

For the full Creative Jobs Report, please go to: http://blog.creativelive.com/creative-jobs-report/

Since its launch in 2010, CreativeLive has produced over 1 billion  minutes of free quality educational content. CreativeLive’s engagement  statistics are even more impressive: the average viewer watches an  impressive 6.3 hours a month. The platform has served more than 2  million students in over 200 countries.

This survey was conducted online within the United States between March  3-5, 2014 among 2,112 adults (among whom 1,120 are employed) ages 18 and  older by Harris Poll on behalf of CreativeLive. For complete survey  methodology, including weighting variables, please contact: CreativeLive@sutherlandgold.com.

CreativeLive is setting a new standard for education by connecting a  live, dynamic community of individuals with the world’s top experts.  Using a scalable freemium model, CreativeLive is transforming the $100  billion continuing education market by offering frictionless access to  the best teachers in the world through a social video platform. The  company was founded in April 2010 by world-renowned photographer,  director, and artist Chase Jarvis and entrepreneur Craig Swanson. The  company is led by CEO Mika Salmi, backed by Greylock Partners and  Social+Capital Partnership, and broadcasts from four state-of-the-art  production studios in Seattle and San Francisco.