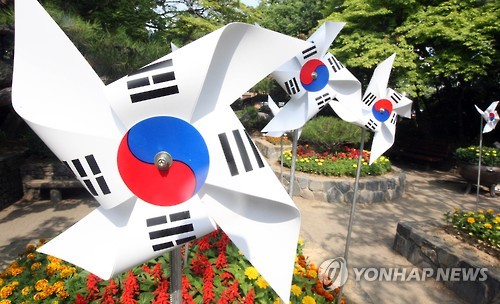 SEOUL, June 19 (Korea Bizwire) — The city of Cheongju has installed 50 pinwheels with Korean flags printed on them at the city hall’s garden to prepare for the celebration of Korea’s 70 years of independence from Japanese Occupation on August 15 this year. According to a city statement on June 18, the city government will be holding Korean flag associated events for 70 days until August 15.

The city will also encourage its citizens to hang the national flag Liberation day, by presenting messages encouraging the raising of the flag on the city’s Bus Information System and the city hall’s LED public board. 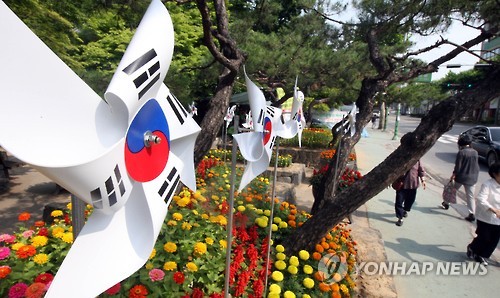