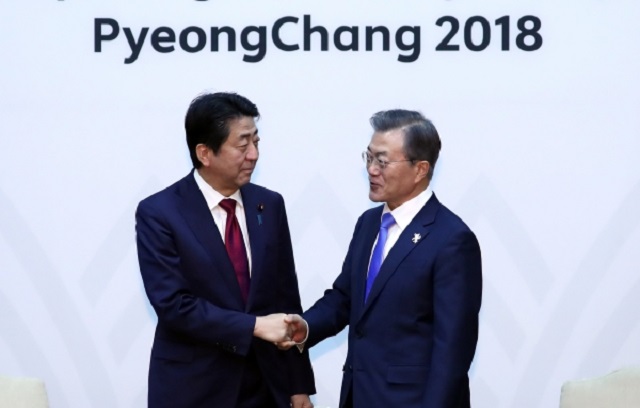 In a survey of 500 people aged 18 and older conducted by Realmeter on Friday, 60.2 percent of respondents said they object to Moon’s visit during the games scheduled to open July 23, while 33.2 percent approved of his visit and the remaining 6.5 percent were undecided.

Japanese media have reported the two governments have been discussing his visit on the occasion of the Olympics as former Japanese Prime Minister Abe Shinzo attended the opening ceremony of the PyeongChang Winter Olympics hosted by South Korea in 2018.

Tokyo denied the reports, and Seoul did not confirm them.

The relations between the two neighbors have been soured over historical issues and Japan’s continued claim to the Dokdo islets.

The percentage of negative answers was especially high among those in their 40s with 71.5 percent and those living in the southeastern region of Busan, Ulsan and South Gyeongsang Province with 67 percent.

The political inclination of respondents was largely unrelated to opinions on the issue, the pollster said.

The poll, commissioned by cable news channel YTN, has a margin of error of plus or minus 4.4 percentage points at a 95 percent confidence level.