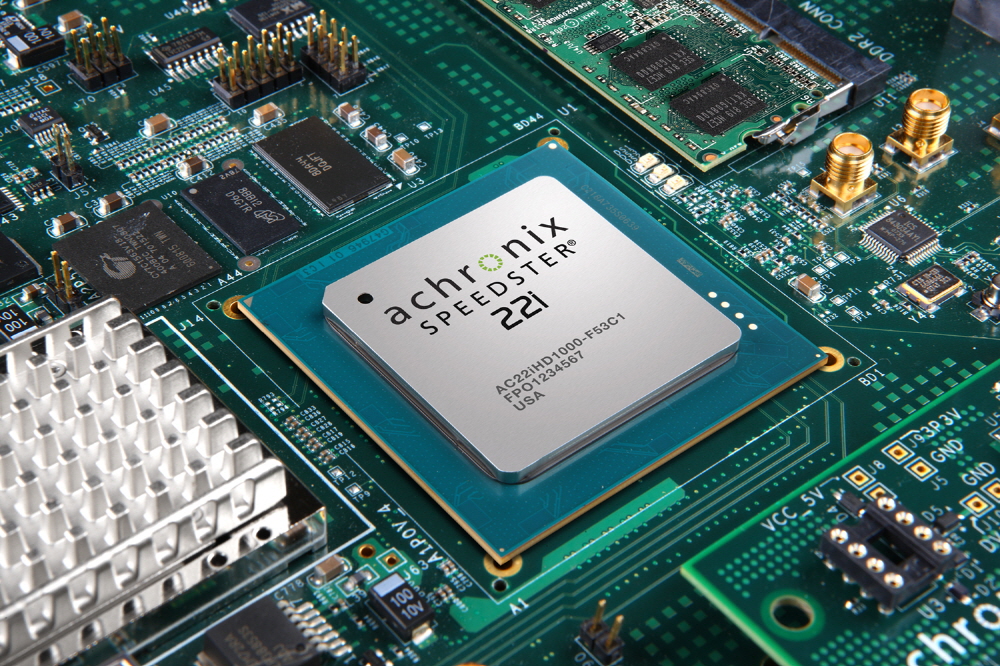 SANTA CLARA, CA, Jun. 14 (Korea Bizwire) – Achronix announced today that its revenues will grow over 700% year-over-year and will exceed $100M in 2017. Achronix’s exceptional growth is driven primarily by sales of its Speedster22i FPGA family and licensing of its Speedcore embedded FPGA (eFPGA) IP products. Achronix revenues began to significantly ramp in 2016 and the company reached profitability in Q1 2017. As a result of its strong revenue growth and new design activity, Achronix plans to expand its headcount in three key locations:

The additional headcount will enable Achronix to accelerate its investment in innovative technologies that will further differentiate its products and continue to drive growth. Achronix plans to increase its total headcount by 35% by the end of 2017.

“2017 is a breakout growth year, which establishes Achronix as one of the fastest growing semiconductor companies in the world. We are experiencing strong customer demand for both our Speedster FPGAs as well as our newer Speedcore embedded FPGA in hardware accelerator applications. We are looking for new talent to complement a very strong core team to continue delivering highly innovative silicon and software products,” said Robert Blake, President and CEO, Achronix Semiconductor. “Looking forward, we are entering a new high growth era where our customized core FPGA technology can accelerate a broad range of complex compute tasks in machine learning, artificial intelligence, software defined networks and 5G base stations.”

The fastest growth segment in the semiconductor industry is hardware accelerator devices that offload CPU data processing and super charge system performance. This segment is expected to grow over 60% per year through 2020 driven primarily, by programmable solutions to implement algorithm changes that will be needed to optimize performance for years to come. Of the various programmable architectural options, FPGAs with their ability to create massively parallel structures are the lowest power and the highest performance solutions.

All of Achronix product lines are built for hardware acceleration applications:

Speedcore IP is embedded FPGA (eFPGA) that can be integrated into an ASIC or SoC. Customers specify their logic, RAM and DSP resource needs, then Achronix configures the Speedcore IP to meet their individual requirements. Speedcore look-up-tables (LUTs), RAM blocks and DSP64 blocks can be assembled like Lego blocks to create the optimal programmable function for any given application.

Achronix is a privately held, fabless semiconductor corporation based in Santa Clara, California. The Company developed its FPGA technology which is the basis of the Speedster22i FPGAs and Speedcore eFPGA technology. All Achronix FPGA products are supported by its ACE design tools that include integrated support for Synopsys Synplify Pro. The company has sales offices and representatives in the United States, Europe, and China, and has a research and design office in Bangalore, India. Find out more at https://www.achronix.com.

Achronix and Speedster are registered trademarks and Speedcore and is a trademark of Achronix Semiconductor Corporation. All other brands, product names and marks are the property of their respective owners.