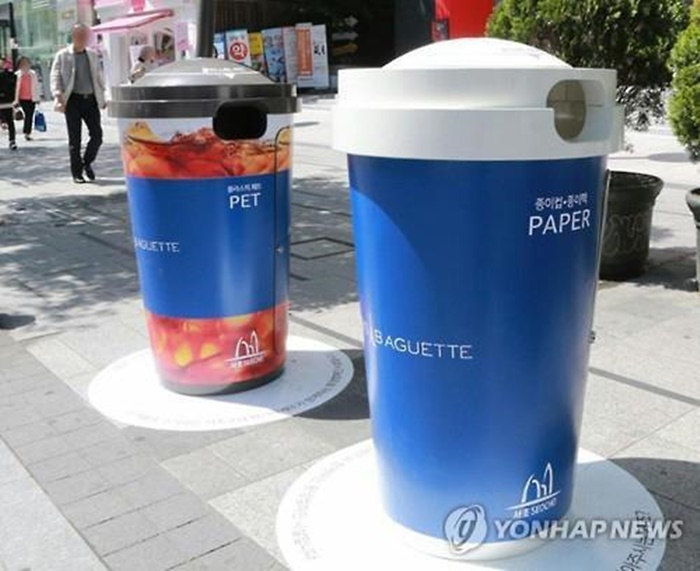 SEOUL, March 20 (Korea Bizwire) – The Seoul city government is finally installing an extra 260 public litter bins after years of complaints from residents that there was hardly anywhere to dispose of waste in public areas around the city.

Seoul’s move to keep the streets clean is part of a recent initiative to increase the number of litter bins, which is scheduled to begin next month.

Instances such as commuters having to carry an empty coffee cup all the way to their workplace after failing to find a litter bin have become a regular occurrence, since the “measured rate system” – in which garbage must be disposed of in specified trash bags – was introduced in South Korea back in 1995.

Public litter bins started to disappear when local government districts in Seoul decided to do away with them after they saw illegal dumping increase due to the cost of approved trash bags.

As of last year, there were 5,640 litter bins in Seoul, which is 74 percent of the figure from 1995, but as complaints have continued to grow, the Seoul city government is accelerating efforts to bring more public litter bins back to the streets.

From this year, the Seoul city government will subsidize local government districts to help install more litter bins on a district level, in addition to its own citywide plan.

Twenty solar-powered smart litter bins will be also be trialed this year, while compactor bins that can take five times as much trash as a normal bin of the same size will be installed in busy areas in the city such as Seoul Grand Park, Hangang Park, and Bukchon Hanok Village.

Seoul Metro also faced similar criticism from the public back in 2004 soon after the government’s decision to dispatch South Korean troops to Iraq, when an arbitrary anti-terrorism policy saw a great number of litter bins scrapped from subway stations.

2 thoughts on “After More Than 20 Years, Public Litter Bins Return to Seoul”