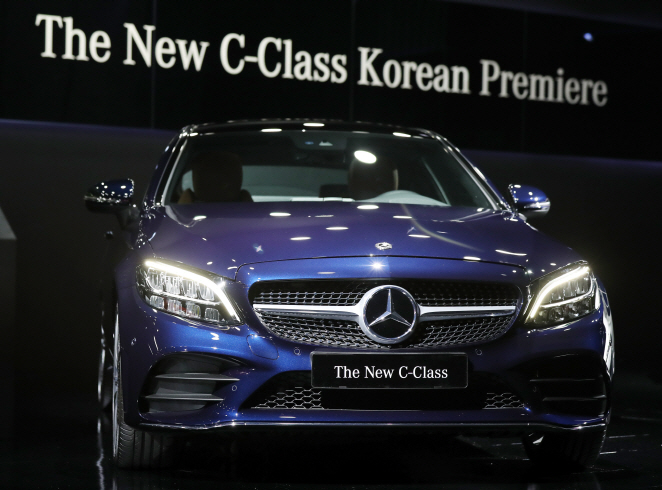 The elderly group, people in their 60s, was exceptionally visible in the market for foreign badges. (image: Yonhap)

SEOUL, Feb. 15 (Korea Bizwire) — The average age of people buying imported vehicles is getting older, according to industry data Friday.

Last year’s statistics from the Korea Automobile Importers & Distributors Association (KAID) showed 34.6 percent of the buyers of the 166,271 foreign cars sold in the country were in their 30s.

Comparisons with prior years indicate that the age of import car buyers is rising. The number for the 30s, for example, increased from 38 percent in 2015 to 38.2 percent in 2016 but fell to 35.9 percent in 2017 before dropping further last year.

Consumers in their 20s had led the pack since 10 years ago, but their proportion has been going down since 2015, when it was as high as 8 percent.

The more elderly group, people in their 60s, was exceptionally visible in the market for foreign badges. Their proportion rose 36 percent in a two-year period to outnumber buyers in their 20s last year.

The preference has been changing, however, according to the data.

“Sales of BMWs last year were generally affected by the engines that caught fire,” a KAIDA official said. “The diversified lineup in the C-class and under by Mercedes-Benz also likely had an impact.”