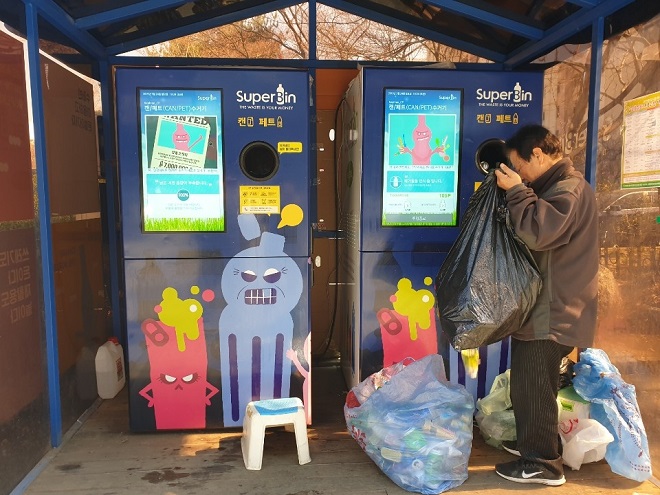 A local resident puts plastic bottles in Superbin’s reverse vending machine, Nephron, in a park in Gwacheon, south of Seoul, on March 24, 2019. (Yonhap)

The district office will install a couple of such robots within its district. The AI-based robots will automatically sort, compress and store cans and plastic bottles using a complex object-recognition algorithm.

Users can obtain seven points per can and five points per plastic bottle if they insert them into the robot and input their mobile phone number.

Once users have more than 2,000 points, they can receive refunds if they have an account with SuperBin, a tech start-up that takes recyclable trash and gives back points that can be turned into cash.

Roughly 80 percent of recyclable waste is incinerated or buried in South Korea since it is mixed with other waste in the sorting process, with the recycling rate being very low compared to the separate collection rate.