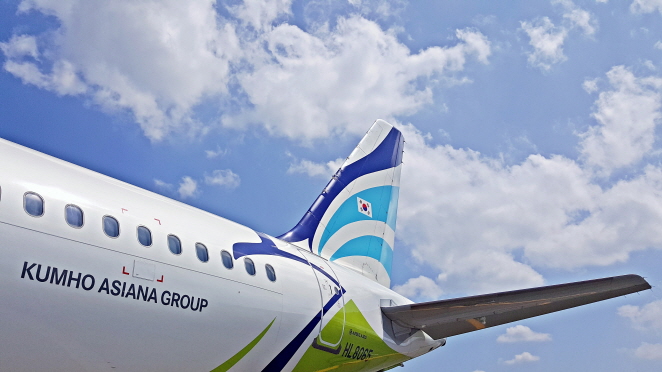 Asiana Airlines owns a 44 percent stake in Air Busan, with the Busan metropolitan city government controlling 5.02 percent and others the remainder. (Yonhap)

Air Busan plans to begin services on routes from Incheon to Ningbo, a sub-provincial city in northeast Zhejiang province, Nov. 12 and Shenzhen, a major city in Guangdong province, Nov. 13, the company said in a statement.

It will begin flights on three other routes from Incheon to Chengdu, a sub-provincial city that serves as the capital of Sichuan province; Kaohsiung, which is a coastal city in southern Taiwan; and Cebu in the Philippines within this year, it said.

Airlines have been diversifying their routes by reducing the number of flights to Japan since August and instead increasing flights on non-Japanese routes as they expect travel demand to Japanese cities will continue to remain weak for the time being.

In August, Japan officially removed South Korea from its “whitelist” of countries given preferential treatment in trade procedures.

The low-cost carrier currently operates a fleet of 25 chartered planes, which are composed of 17 A321-200s and eight A320-200s. It has mainly served routes to Guam, Japan, China and Southeast Asian countries.

Asiana Airlines owns a 44 percent stake in Air Busan, with the Busan metropolitan city government controlling 5.02 percent and others the remainder.