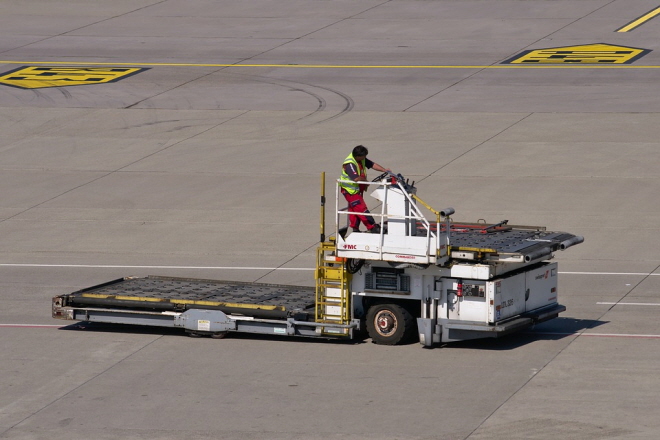 Washington, D.C., Oct. 2 (Korea Bizwire) — In airport demonstrations all around the globe, thousands of airport workers and their supporters are putting airlines like United (UAL) on notice as they call for fair wages, union rights, and safe workplaces. With the support of the International Transport Workers’ Federation and the UNI Global Union, airport workers are taking action at airports that control a whopping 36% of world air travel, where nearly 4 million people pass through each day. This includes most of United Airlines’ U.S. hubs and some of the world’s largest airports—including LAX in the U.S., Charles De Gaulle in Paris, Schiphol in Amsterdam, Incheon in Seoul, and Flughafen in Frankfurt.

Coming just days after Ryanair cabin crews in Belgium, Germany, Italy, the Netherlands, Portugal and Spain organized the most widespread strike the airline has seen, today’s protests began in Sydney, Australia and will continue across the globe through France—where strikes have been announced at all airports—then to São Paulo and the Western coast of the U.S., where workers at the Los Angeles, San Francisco, Seattle, and Portland airports will march and rally for fair pay, health care, and other benefits.

“It doesn’t matter who we are or where we come from. Working people should be able to afford food on the table and a decent place to live,” says Behrad Ghofrani, an HR dispatcher at the Frankfurt International Airport in Germany. “The profit that companies make is generated through the work of thousands of employees like me, so at least we should get a small share of the billions. It’s time to connect all over the planet and rise against the airlines. It’s time for Lufthansa, United Airlines and all the other big players to take responsibility and make sure that workers don’t struggle from paycheck to paycheck.”

Baggage handlers, security officers, cabin cleaners, janitors, wheelchair attendants, and other contracted airport workers provide soaring profits to the global airline industry, which is projected to net $38.4 billion in 2018, while struggling to make ends meet on low wages and often without benefits or paid days off. Airport jobs used to be good union jobs, but the global airline industry is increasingly subcontracting out to irresponsible, low-bid contractors that cut corners on wages, benefits, and safety standards.

“The global airline industry is leading a race to the bottom that’s hurting communities across the globe,” says Stephen Cotton, General Secretary of the International Transport Workers’ Federation—a global union federation of 700 trade unions representing 20 million workers in 150 countries. “Airline companies keep coming up with new ways to drive down wages, cut benefits, and increase workloads. But the world’s airport workers will be at every corner to fight these injustices. Our movement to win fair pay and union rights is catching on and spreading all over the world.”

Just last week, airport workers in the Service Employees International Union (SEIU) at SFO won a minimum wage of $17 an hour and 40,000 workers at JFK, La Guardia, and Newark airports won $19 an hour—the highest minimum wage in U.S. history. Airport workers in other U.S. cities are inspired by these stunning victories and motivated to come together and win the wages they need to provide for their families.

“We help people with special needs who can’t get around on their own, and really care about our work and the community,” says Shoeb Babu, a wheelchair attendant at Denver International Airport in the U.S. “But many airport workers sacrifice a lot to do these jobs. I work two jobs just to get by. We are speaking out for better wages, working conditions and union rights at airports around the world.”

In the U.S., nearly half of all airport workers are paid so little that they have to skip meals or go hungry and nearly 30% are forced to rely on public assistance for basic needs like food, housing, and medical care. In Thailand, some airport workers are paid just $10 a day, which is half of the living wage for that country. Airport workers in Indonesia are only paid $1.50 an hour—far below what it takes to cover basic necessities.

“In a world where global airlines and their contractors are rigging the rules to benefit the wealthy few, we must confront these corporations as a united front—all together, around the world,” says Christy Hoffman, General Secretary of UNI Global Union. “Contracted airport workers—baggage handlers, janitors, and security officers—make it possible for people to travel all over the world. They are coming together to speak with one voice until they win the respect, wages, and rights they deserve. We know that when workers unite, they win, and these victories reverberate throughout the world.”

United Airlines is one of the worst offenders when it comes to taking our tax dollars and charging excessive fees. The airline has received an estimated $44 billion in direct and indirect subsidies and brings in the most ancillary income, which includes baggage fees and reservation change fees, of any airline —$5.7 billion last year.

Despite airlines driving a race to the bottom and attempting to divide workers along racial lines, airport workers have won union rights, wage increases, job protections, and other benefits by the tens of thousands by coming together across their differences and working hand-in-hand with elected officials all across the U.S. to make sure that the publicly-funded aviation infrastructure works to the benefit of all people—and not just wealthy special interests.

“Major airlines take billions in tax dollars every year. They have the responsibility—and the ability—to stand up for good, union jobs and to stop driving a race to the bottom at airports around the world,” says Kevin De León, Los Angeles State Senator and Democratic candidate for U.S. Senate. “In California, I stand with airport workers who are working together in the fight to raise standards. At LAX, union airport workers doubled wages and won full family health care, and now are fighting back against the airlines who are trying to undermine those gains. Workers at SFO are now pushing for those same things. On October 2, workers will be out in force telling airlines they need to play a leadership role in our communities by providing good union jobs at airports in California and across the entire country.”

As airport workers rally around the globe, higher education, hospital, child care and fast food workers are coming together in ‘Unions for All’ actions to confront major corporations who are undercutting unions. Fast-food workers across the Midwest are kicking off a wave of strikes one month before Election Day, culminating in the first-ever walkout by thousands of cooks and cashiers nationwide focused directly on demanding the right to a union at McDonald’s, Burger King, Wendy’s and other chains.

Contracted airport workers around the country are coming together in Airport Workers United, a movement of employees and their supporters raising their voices for fair wages and union rights to make our airports safe and secure for passengers, employees and our communities. By sticking together, speaking out, and going on strike 25,000 workers have joined SEIU and 120,000 have won raises or other improvements, including healthcare, paid sick leave, and job protections.