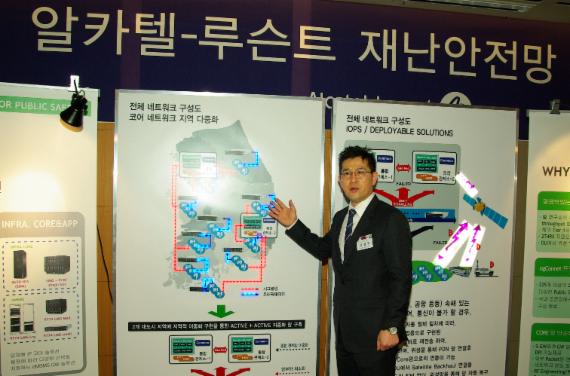 Alcatel-Lucent Korea Ltd presented its LTE based emergency managing solution, and an application designed to manage disasters in accord with Korea’s unique geological and infrastructural traits on January 30 at the COEX Intercontinental Hotel. The application was developed by Alcatel-Lucent’s partner company Cybertel Bridge.

Yoo Chi-Il, President of Alcatel-Lucent Korea, said that the company’s top priority for now is Korea’s emergency management project, and the company is the most apt to take charge of the project as it understands Korea’s telecom infrastructure better than anyone. The company’s history of supplying wired and wireless networks to Korean industries goes back 35 years.