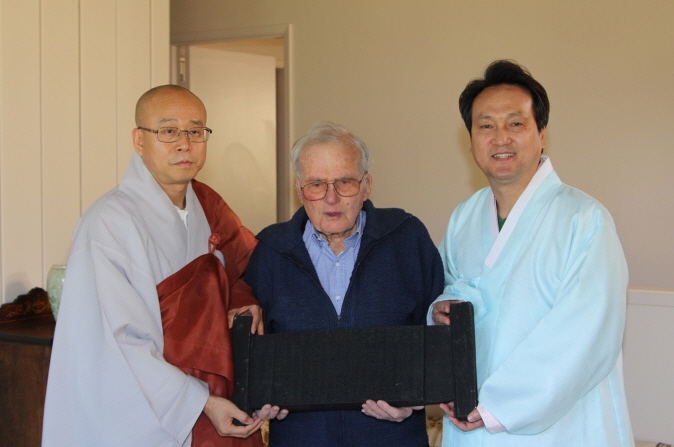 SEOUL, Mar. 26 (Korea Bizwire) — A former American officer has returned an old printing woodblock containing a Buddhist scripture to South Korea more than six decades after he took it to America from a South Korean temple, an official at the temple said Tuesday.

Richard Rockwell was stationed in South Korea as a first lieutenant of the U.S. Marine Corps one year after the Korean War ended in 1953.

Rockwell collected the printing panel from a subsidiary building of Sinheung Temple located at Mount Seorak in Sokcho, 213 kilometers east of Seoul, during a reconnaissance patrol in October 1954. At that time, the temple was left devastated after the war. He brought the plate when he returned home in November that year.

Later Richard sought ways to return the panel to South Korea as he judged that it could be an important cultural asset.

In January last year, he conveyed an intention to donate the plate and 279 slides that he had taken between 1953-54 in the war-torn country to the Sokcho Municipal Museum. 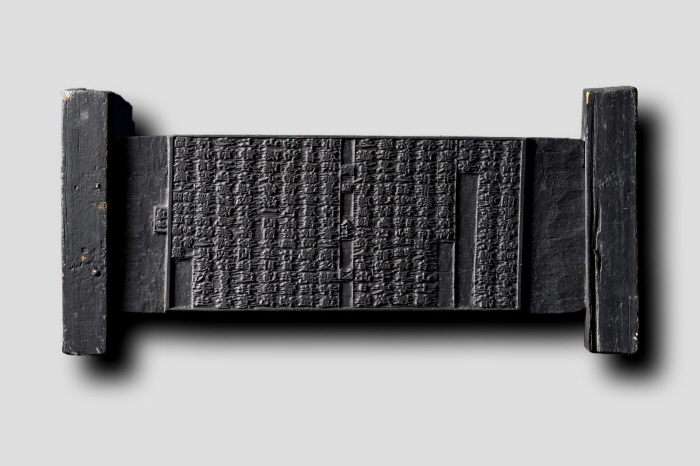 The museum then sent an official to Seattle, where Rockwell resides, and found that the plate is authentic.

The 48.2-centimeter x 18-centimeter plate, presumed to have been made in the mid-17th century, is reportedly one of 44 printing woodblocks that contain “Jebanmun,” a Buddhist scripture consisting of 88 chapters that elaborate on various Buddhist rituals. Only 14 plates of them survived the war. The returned plate contains the 87th and 88th chapters.

“The woodblock is in very good condition and is to be displayed at our museum starting today,” the official said.