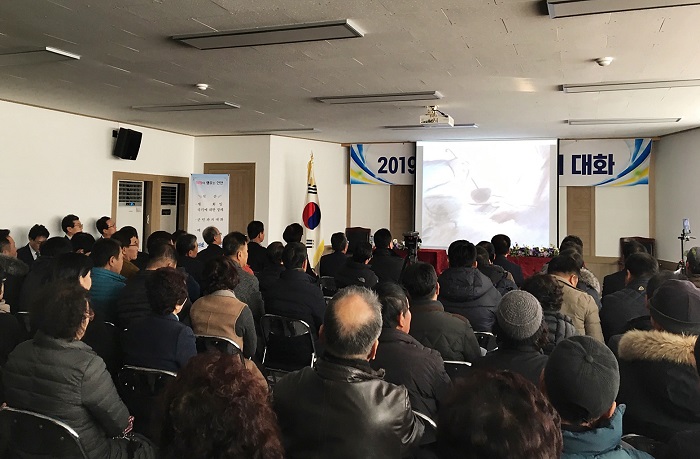 Sinan county has decided to take on a new method of discussion, where officials and residents watch an animated film together and then have an open discussion on the matter. (image: Sinan County Office)

SINAN, Jan. 31 (Korea Bizwire) — According to Sinan county in South Jeolla Province on Wednesday, officials have been touring the county to discuss with residents.

The interesting part is how the officials conducted the talks.

However, the county has decided to take on a new method of discussion, where officials and residents watch an animated film together and then have an open discussion on the matter.

The animated film was a classic allegorical tale about environmental protection. After watching, officials and residents got together to discuss how to take care of Sinan’s natural heritage.

‘The Man Who Planted Trees’, an animated film based on a book by French author Jean Giono, takes place in France in the 1910s.

It is a story of the sacrifice and dedication of an old shepherd who planted tress for decades to breathe new life into a desolate landscape.

The movie is in line with government plans to make Sinan county an ‘Everblooming County’.

Furthermore, county officials believed that by watching the film, both they and residents could truly share same values and goals together.

Residents who participated in the talks appreciated the new method, saying it was refreshing.