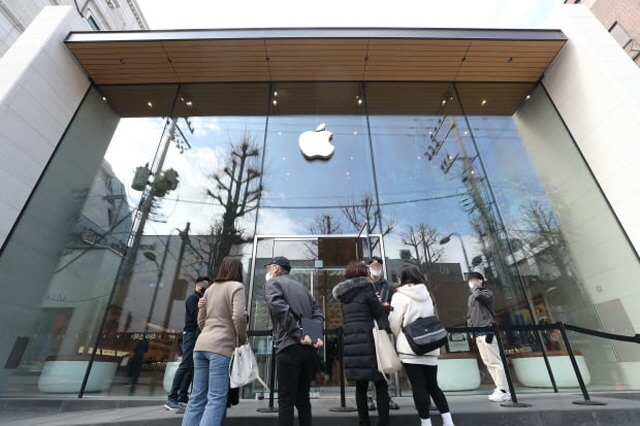 SEOUL, April 17 (Korea Bizwire) — U.S. tech giant Apple Inc. said Friday that it will reopen its sole outlet in South Korea this weekend, as the country’s coronavirus infections have slowed.

The retail store, located in Seoul’s affluent southern district of Gangnam, will resume business Saturday, the company said on its website. It marks the first location to reopen after Apple closed all stores outside China last month.

“South Korea has shown great progress during the spread of COVID-19 and we are excited to announce the re-opening of Apple Garosugil,” the iPhone maker said.

South Korea, which once saw the highest number of cases outside of China, has managed to flatten the curve of new infections.

Its daily number of new COVID-19 cases has hovered below 30 this week, a sharp decline from 909 confirmed cases on Feb. 29.

Apple reopened all 42 of its stores in China in March, more than a month after they were shut down in the wake of the pandemic.

Meanwhile, Apple has showcased its second-generation iPhone SE, its latest budget smartphone. The exact launch date in South Korea has not been announced yet.