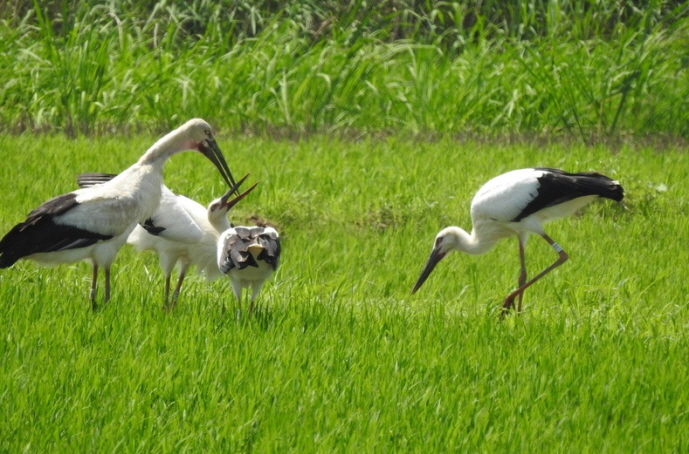 SEOUL, May 1 (Korea Bizwire) — The National Institute of Ecology (NIE), affiliated with the environment ministry, said Thursday it is conducting research on improving breeding grounds to reintroduce storks, a first-class endangered wildlife species, into the country.

The study will be conducted jointly with Russia’s Amur branch of the World Wildlife Fund.

By next year, a total of 18 artificial nest towers with a height of 6 meters and a diameter of 1.2 meters will be installed near the waters of the Tumen River on the country’s northeastern tip and the Khanka Lake wetlands in northern region of Siberia in Russia.

Researchers will observe storks staying at artificial nest towers to analyze their breeding conditions and migration paths, and start research to increase the number of storks by finding new breeding sites.

Storks are winter migratory birds with a population of only 2,500 remaining around the world, and their numbers continue to decline due to climate change and habitat destruction.

“International cooperation between South Korea and Russia to protect the breeding grounds of storks is meaningful for restoring the health of the ecosystem and enhancing biodiversity on the Korean Peninsula,” said Park Yong-mok, president of the NIE.

“We will do our best across borders to preserve endangered wildlife in Northeast Asia,” he added.