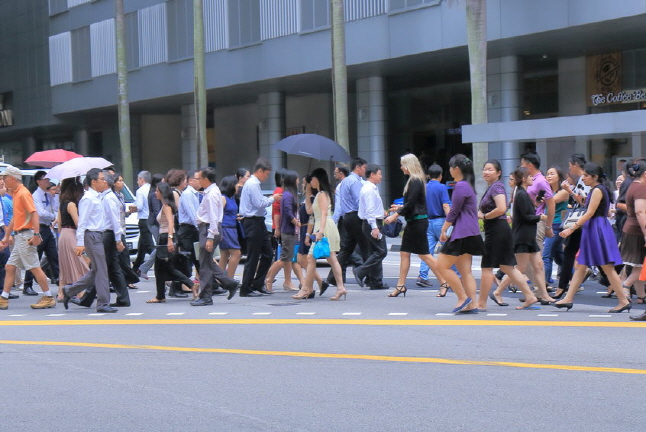 The ISG Index™, which measures commercial outsourcing contracts with annual contract value (ACV) of US $5 million or more, found the region’s combined market – both managed services and cloud-based as-a-service – fell 24 percent versus the prior year, to US $1.9 billion, on pandemic concerns as well as a difficult comparison with a record-high second quarter last year.

“In Asia Pacific, we have come to expect uneven results throughout the year, given the relative size of the market, with as-a-service keeping the region on a generally upward track. Not this quarter,” said Scott Bertsch, partner and regional leader, ISG Asia Pacific. “The pandemic took its toll in the region, with the combined market off 16 percent from the first quarter on slowing deal activity. Even so, there were some notable deals, including Bharti Airtel’s selection of IBM and Red Hat to build its new telco network cloud.”

In the first half, Asia Pacific’s combined market ACV dropped 11 percent versus the prior year. Managed Services ACV slid 39 percent, suffering from a lack of large deals. ITO had its weakest first-half ACV since 2010. Within the segment, both applications development and maintenance (ADM) and infrastructure ACV fell precipitously. ACV for BPO, historically only a small segment in Asia Pacific, plunged 54 percent for the first half. Managed services ACV was down across all major geographic markets in the first half.

As-a-Service, meanwhile, rose nearly 5 percent in the first half, but its growth rate slowed from the 27 percent growth it registered in the 2019 first half. IaaS continued to show strength, although its rate of growth cooled somewhat, while SaaS ACV shrunk by 16 percent.

“Competition in the IaaS space remains heated as cloud hyperscalers vie for the enterprise market,” Bertsch said. “In the second quarter, the Australian energy producer and retailer AGL signed with Microsoft in an ambitious push to get all of its business systems into the cloud by 2022. Also, AWS worked with Infosys and DXC to help Kmart-Australia prepare to shift its mainframe applications into the AWS cloud.”

ISG is forecasting slight sequential growth for the combined global market in the third and fourth quarters of 2020. For the full year, the firm is projecting the managed services market will be down 7.5 percent, slightly more than the 7 percent decline it forecasted for 2020 in the first quarter.

About the ISG Index™

The ISG Index™ is recognized as the authoritative source for marketplace intelligence on the global technology and business services industry. For 71 consecutive quarters, it has detailed the latest industry data and trends for financial analysts, enterprise buyers, software and service providers, law firms, universities and the media. In 2016, the ISG Index was expanded to include coverage of the fast-growing as-a-service market, measuring the significant impact cloud-based services are having on digital business transformation. ISG also provides ongoing analysis of automation and other digital technologies in its quarterly ISG Index presentations.