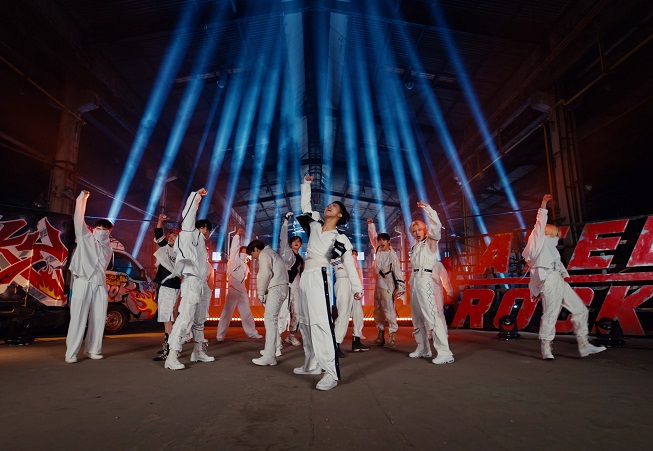 The octet will drop its second Japanese EP “Beyond: Zero” next Wednesday, KQ Entertainment said, adding it will be the band’s first release in Japan since its single “Dreamers” in July last year.

The EP will have seven tracks, including the main track “Rocky” and “The King.”

Ahead of the album’s release, Ateez unveiled a music video for “Rocky.”

The group is set to hold its first-ever concerts before Japanese fans this summer. The shows titled “The Fellowship: Beginning of the End in Japan” will take place in Yokohama on July 16-18.

Meanwhile, Hongjoong will temporarily stay away from the group as he tested positive for COVID-19 Tuesday after returning home from the band’s European tour, the agency said.

He is currently treating himself at home with no special symptoms, and all other members tested negative, it added.