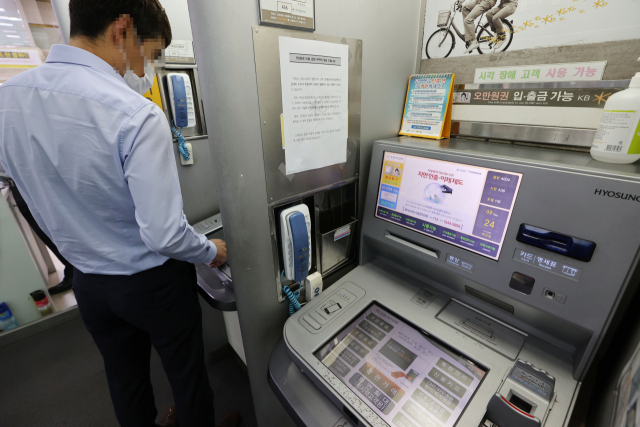 SEOUL, Oct. 2 (Korea Bizwire) — The number of automated teller machines (ATMs) installed across South Korea has been shrinking over the past five years.

The Financial Services Commission reported that the number of ATMs used by 15 commercial banks shrank by 8,193 machines over five years, standing at 35,208 machines as of July this year.

KB Kookmin Bank was found to have discontinued the largest number of ATMs (1,892) over the five-year period.

Gangwon Province saw the largest drop in ATMs over the same period, with at least one quarter of all ATMs removed.