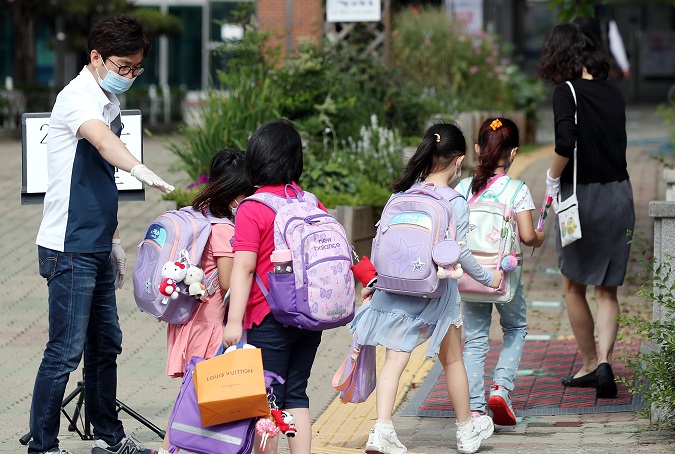 SEOUL, June 12 (Korea Bizwire) — The Ministry of Education on Friday extended a measure to reduce classroom crowding, as the country continued to see a worrisome uptick in coronavirus cases in Seoul and its adjacent cities.

The ministry said the measure to cap the number of students will be effective until June 30, which was originally scheduled to end this week.

On May 29, the ministry placed the limit to keep students at a safe distance with each other while clusters of infections spreading in the capital area worried education and health officials about a rise in the community spread.

As the COVID-19 pandemic was considered manageable, the country eased its social distancing guidelines in early May. In line with that, the country reopened schools nationwide in a gradual manner over the last three weeks.

The country added 56 new cases, including 43 local infections, raising the total caseload to 12,003, according to the Korea Centers for Disease Control and Prevention (KCDC).

Since the country reopened schools on May 20, a total of 14 people, 12 students and four staff members, have been infected with the virus.