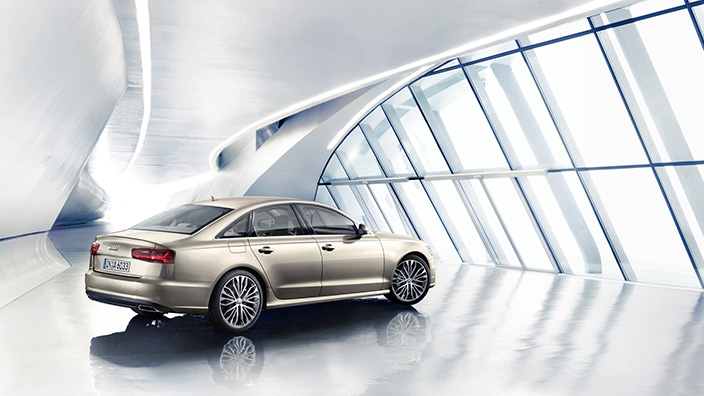 According to the transportation ministry, the fuel efficiency reported by Audi for the A6 TDI mid-size sedan was found to have been exaggerated by more than its permitted margin of error of 5 percent in an analysis carried out last year. (image: Audi)

SEOUL, May 28 (Korea Bizwire) – Controversy is mounting in South Korea on Thursday over Audi‘s alleged exaggeration of fuel efficiency for one of its most popular models as the German carmaker takes issue with a methodology that the government used in reviewing its reported mileage.

According to the transportation ministry, the fuel efficiency reported by Audi for the A6 TDI mid-size sedan was found to have been exaggerated by more than its permitted margin of error of 5 percent in an analysis carried out last year.

Sources say that the gap in fuel efficiency between what Audi reported and what the ministry analyzed is over 10 percent.

The larger-than-permitted gap is attributed to the transportation ministry applying its own running resistance figure, not using the data reported by the German carmaker.

Running resistance is a key factor that determines the fuel efficiency of a vehicle as it reflects the resistance from the road and the air when it drives. Fuel efficiency can be greatly affected by wind, road conditions and other environmental circumstances.

Audi argued that it used its own legitimate running resistance data, which had been reported to the German government.

The automaker added that it is not appropriate for the ministry to come up with its own resistance figure and use it to review the fuel efficiency, saying that it has retroactively applied a revised rule that is to go into effect later this year.

Last November, the transportation ministry, the commerce ministry and the environment ministry announced a revised rule that will allow them to analyze the running resistance figure submitted by automakers. Under the change, which takes effect in November, the discrepancy in the resistance data shouldn’t exceed 15 percent.

It was reported that the resistance data submitted by Audi has a discrepancy of more than 15 percent. The transportation ministry demanded an explanation of the gap.

Market experts say that it is unlikely that Audi will be fined for the alleged fuel efficiency exaggeration but said that it could face demand for compensation from customers.

“This has to do with corporate honesty with customers,” a ministry official said. “Like GM Korea did before, it would be best if automakers took voluntary action.”

Last year, GM Korea voluntarily reported that the fuel efficiency of its Chevrolet Cruze was exaggerated by 9 percent more than it actually indicates and took steps to compensate customers.