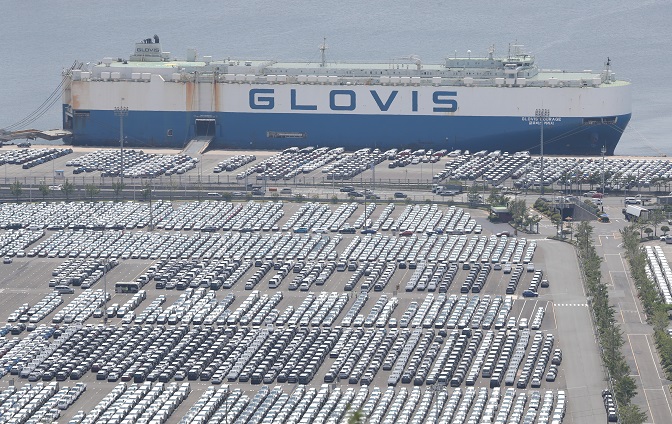 The country’s outbound shipments of cars came to US$9.7 billion in the July-September period, up 4.2 percent from the previous year, according to the data compiled by the Korea Customs Service.

Autos accounted for some 7 percent of South Korea’s exports.

The third-quarter growth sharply decelerated from a 71.9 percent on-year gain in the second quarter.

Exports of eco-friendly autos, including hybrid models and electric cars, remained robust. Shipments of such vehicles jumped 54.3 percent on-year to a record $2.8 billion.

The South Korean economy is on a recovery track on the back of robust exports.

Exports, which account for half of the economy, remain solid despite global supply chain disruptions. The country’s overseas shipments grew 16.7 percent on-year in September, extending their gains to the 11th straight month.