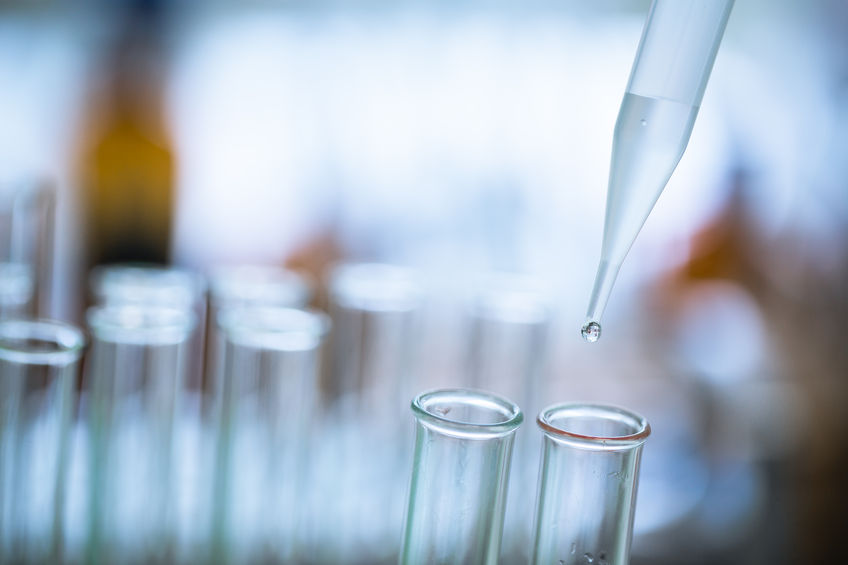 AXS-05 met the prespecified primary endpoint by demonstrating a highly statistically significant reduction in the Montgomery-Åsberg Depression Rating Scale (MADRS) total score, averaged over the 6-week treatment period (overall treatment effect), as compared to bupropion (p<0.001). At Week 6, AXS-05 demonstrated a 17.2 point reduction in the MADRS total score compared to a 12.1 point reduction for bupropion (p=0.013). AXS-05 rapidly reduced depressive symptoms, demonstrating a statistically significant improvement over bupropion on the Clinical Global Impression-Improvement scale (CGI-I) at Week 1 (p=0.045). Starting at Week 1, AXS-05 achieved numerical superiority over bupropion on the MADRS total score, with statistical significance achieved at Week 2 and maintained at all time points thereafter. At Week 6, 47% of patients who received AXS-05 achieved remission, prospectively defined as a score of 10 or less on the MADRS, compared with 16% of patients who received bupropion (p=0.004).

AXS-05 was superior to bupropion on multiple prespecified secondary endpoints, with statistically significant effects demonstrated on most, including the following: MADRS-6 (p=0.007 at Week 6); percentage of responders on MADRS-6 (response defined as ≥ 50% reduction from baseline) (p=0.014 at Week 6); CGI-I (p=0.045 at Week 1, and 0.051 at Week 6); Clinical Global Impression-Severity scale (CGI-S) (p=0.028 at Week 6); percentage of patients achieving remission on MADRS (remission defined as MADRS ≤10) (p=0.004 at Week 6). Additionally, the treatment effect observed with bupropion in the study was consistent with that observed in prior published trials.

“The clinically meaningful improvements in depressive symptoms seen with AXS-05 in this study were achieved versus an active comparator that is a well-established antidepressant, as early as only one week after initiation of treatment,” said Professor Maurizio Fava, MD, Executive Vice Chair, Department of Psychiatry, Massachusetts General Hospital (MGH) and Associate Dean for Clinical & Translational Research, Harvard Medical School. “Data show currently marketed antidepressants fail to provide adequate treatment response in about two thirds of treated patients. An estimated 16 million Americans suffer from major depressive disorder each year. As an oral NMDA receptor antagonist with multimodal activity, AXS-05 could provide a new approach to treating this potentially life-threatening condition.”

“The demonstration of a significant and rapid antidepressant effect with AXS-05, coupled with favorable safety, point to a differentiated clinical profile,” said Herriot Tabuteau, MD, Chief Executive Officer of Axsome. “These data also suggest that AXS-05 has important biological activity and support the continued development of this novel multimodal agent in MDD as well as in other neuropsychiatric indications. These results build on the positive interim futility analyses for the Phase 3 trial of AXS-05 in treatment resistant depression and the Phase 2/3 trial of AXS-05 in Alzheimer’s disease agitation. The topline results of the ongoing Phase 3 trial of AXS-05 in treatment resistant depression, anticipated later this quarter, should add to the body of clinical data with AXS-05 in mood disorders.”

AXS-05 is a novel, oral, non-competitive NMDA receptor antagonist, also known as a glutamate receptor modulator, a new mechanism of action which is thought to help enhance synaptic connections and improve the communication between brain cells in people with major depressive disorder. In addition, AXS-05 enhances brain levels of serotonin, noradrenaline, and dopamine, which are key neurotransmitters involved in the regulation of mood; and displays anti-inflammatory properties, which may be relevant to treating MDD. The multimodal actions of AXS-05 may be complementary and synergistic for the treatment of this biologically-based condition. AXS-05 is covered by more than 30 issued U.S. and international patents providing protection out to 2034, and Axsome maintains worldwide rights.

“AXS-05 is an example of Axsome’s commitment to address significant unmet needs in CNS disorders through innovation. There have been no new significant pharmacological approaches in the treatment of depression over the past 30 years despite its growing contribution to the overall global burden of disease,” said Cedric O’Gorman, MD, Senior Vice President of Clinical Development and Medical Affairs of Axsome. “If approved, AXS-05 would be the first orally administered NMDA receptor antagonist, or glutamate receptor modulator, for the treatment of depression. This novel mechanism of action and AXS-05’s multimodal actions are different from the profile of all currently marketed antidepressants. We look forward to the continued evaluation of the potential of AXS-05 through our ongoing late stage clinical trials in multiple large indications with limited treatment options.”

The detailed results of the ASCEND trial are expected to be presented at upcoming scientific meetings. AXS-05 is also being evaluated in the STRIDE-1 Phase 3 trial in patients with treatment resistant depression (TRD), defined as patients with MDD who have failed two or more antidepressant treatments. AXS-05 was granted Fast Track designation by the U.S. Food and Drug Administration (FDA) for the treatment of TRD. Given the results of the ASCEND trial, Axsome intends to meet with the FDA to define the potential regulatory path for the broader MDD population.

Summary of Topline Results of the ASCEND Trial

Axsome will host a conference call and webcast with slides today at 8:30 AM Eastern to discuss the topline results of the ASCEND trial of AXS-05 in major depressive disorder. To participate in the live conference call, please dial (844) 698-4029 (toll-free domestic) or (647) 253-8660 (international), and use the passcode 3792889. The live webcast can be accessed on the “Webcasts & Presentations” page of the “Investors” section of the Company’s website at axsome.com. A replay of the webcast will be available for approximately 30 days following the live event.

About the ASCEND Trial

ASCEND (Assessing Clinical Episodes in Depression) is a Phase 2, randomized, double-blind, active-controlled, multicenter trial of AXS-05 in patients with major depressive disorder (MDD) conducted in the United States. A total of 80 patients with a diagnosis of moderate to severe MDD, confirmed by an independent clinical assessor, were randomized in a 1:1 ratio to receive AXS-05 (45 mg dextromethorphan/105 mg bupropion) (n=43), or bupropion (105 mg) (n=37), twice daily for 6 weeks. Prespecified efficacy analyses were conducted on this population on an intent-to-treat basis. The mean Montgomery-Åsberg Depression Rating Scale (MADRS) total scores at baseline were 31.8 for the AXS-05 group and 32.2 for the bupropion group. The study incorporated comprehensive blinding of investigators and patients to the confirmation of diagnosis. Patients without a confirmed diagnosis of moderate to severe MDD but who met all other entry criteria (n=17) were randomized for assessment of safety to maintain the blinding of study investigators, as prespecified. The prespecified primary endpoint of the study was the change from baseline in the MADRS total score, calculated at each time point in the study and averaged (overall treatment effect). Secondary endpoints included MADRS-6, Clinical Global Impression-Improvement (CGI-I), Clinical Global Impression-Severity (CGI-S), remission, safety and tolerability.

Major depressive disorder (MDD) is a debilitating, chronic, biologically-based disorder characterized by low mood, inability to feel pleasure, feelings of guilt and worthlessness, low energy, and other emotional and physical symptoms, and which impairs social, occupational, educational, or other important functioning. In severe cases, MDD can result in suicide. According to the National Institutes of Health, an estimated 6.7% of U.S. adults, or approximately 16 million, experience MDD each year1. According to the World Health Organization (WHO), depression is the leading cause of disability worldwide, and is a major contributor to the overall global burden of disease2. Nearly two-thirds of diagnosed and treated patients do not experience adequate treatment response with currently available first-line therapy3, highlighting the need for additional therapies with new mechanisms of action. The majority of initial failures also fail second-line treatment. Patients diagnosed with MDD are defined as having treatment resistant depression (TRD) if they have failed to respond to two or more antidepressant therapies.

The Montgomery-Åsberg Depression Rating Scale (MADRS) is a commonly used, 10-item, validated rating scale used to provide an assessment of depression, and as a guide to evaluate recovery. This scale is an accepted regulatory endpoint for depression. The scale is used in clinical research to rate the severity of a patient’s depression by probing mood, feelings of guilt, suicide ideation, insomnia, agitation, anxiety, weight loss, and somatic symptoms.

AXS-05 is a novel, oral, investigational medicine under development for the treatment of major depressive disorder and other central nervous system (CNS) disorders. AXS-05 consists of dextromethorphan and bupropion and utilizes Axsome’s metabolic inhibition technology. The dextromethorphan component of AXS-05 is a non-competitive N-methyl-D-aspartate (NMDA) receptor antagonist, also known as a glutamate receptor modulator, which is a novel mechanism of action, meaning it works differently than currently available therapies for depression. The dextromethorphan component of AXS-05 is also a sigma-1 receptor agonist, nicotinic acetylcholine receptor antagonist, and inhibitor of the serotonin and norepinephrine transporters. The bupropion component of AXS-05 serves to increase the bioavailability of dextromethorphan, and is a norepinephrine and dopamine reuptake inhibitor, and a nicotinic acetylcholine receptor antagonist. AXS-05 is covered by more than 30 issued U.S. and international patents which provide protection out to 2034. AXS-05 is not approved by the FDA.

Axsome Therapeutics, Inc. is a clinical-stage biopharmaceutical company developing novel therapies for the management of central nervous system (CNS) disorders for which there are limited treatment options. Axsome’s core CNS product candidate portfolio includes four clinical-stage candidates, AXS-05, AXS-07, AXS-09, and AXS-12. AXS-05 is currently in a Phase 3 trial in treatment resistant depression (TRD), a Phase 2/3 trial in agitation associated with Alzheimer’s disease (AD), a Phase 2 trial in Major Depressive Disorder (MDD), and a Phase 2 trial in smoking cessation. AXS-07 is being developed for the acute treatment of migraine. AXS-12 is being developed for the treatment of the symptoms of narcolepsy. The Axsome Pain and Primary Care business unit (Axsome PPC) houses Axsome’s pain and primary care assets, including AXS-02 and AXS-06, and intellectual property which covers these and related product candidates and molecules being developed by Axsome and others. AXS-02 is being developed for osteoporosis, the pain of knee osteoarthritis, and chronic low back pain. AXS-06 is being developed for osteoarthritis and rheumatoid arthritis. AXS-02, AXS-05, AXS-06, AXS-07, AXS-09, and AXS-12 are investigational drug products not approved by the FDA. For more information, please visit the Company’s website at axsome.com. The Company may occasionally disseminate material, nonpublic information on the company website.