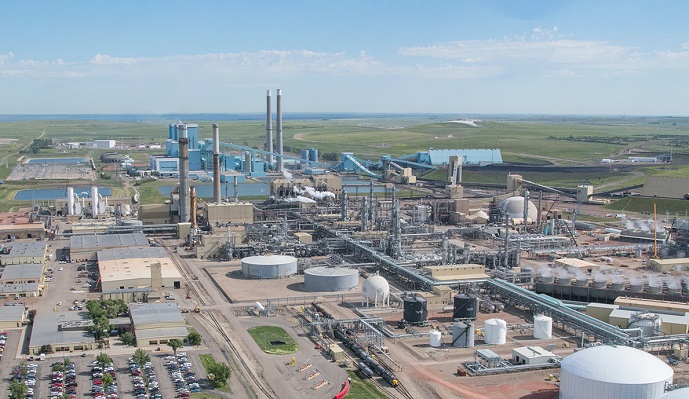 BISMARCK, N.D. and WESTLAKE VILLAGE, Calif., Aug. 17 (Korea Bizwire) — Clean energy infrastructure developer Bakken Energy (Bakken) today announced that it has reached agreement with Basin Electric Power Cooperative (Basin Electric) on key terms and conditions to purchase the assets of the Dakota Gasification Company (Dakota Gas), a subsidiary of Basin Electric, and the owner of the Great Plains Synfuels Plant (Synfuels Plant). The closing is subject to the satisfaction of specified conditions and expected to be completed by April 1, 2023.

Located near Beulah, North Dakota, the Synfuels Plant will be transformed into the largest and lowest-cost, clean hydrogen production facility in the United States. In June 2021, Bakken and Mitsubishi Power Americas (Mitsubishi) announced they had entered into a strategic partnership to create a world-class clean hydrogen hub in North Dakota to produce, store, transport, and locally capture and sequester carbon (CO2). The Synfuels Plant facility will form the nucleus of a clean energy hub designed to aggressively advance regional, national, and global decarbonization objectives through the development of clean hydrogen applications for the agriculture, power, and transportation sectors.

The Synfuels Plant holds a distinguished place in American history as a pioneer in the development of alternative sources of energy. It is an established, large-scale producer of synthetic fuels and provides the existing infrastructure and processes required to accelerate its transformation into the largest and lowest-cost producer of low-carbon clean hydrogen and ammonia in the United States. This transformation will be greatly facilitated by the Synfuels Plant workforce of experienced personnel.

New, world-class clean hydrogen production facilities generally require up to 10 years to begin producing hydrogen and develop regional infrastructure and applications. The redevelopment of the Synfuels Plant will cut this time in half and produce an estimated 310,000 metric tons of clean hydrogen per year. This production will use locally sourced feedstock and employ established production and carbon capture processes to produce the clean hydrogen.

The project will use advanced ATR (autothermal reforming) hydrogen production technology and capture 95% of the carbon emissions. ATR technology was selected over steam methane reformation (SMR) and other technologies to maximize CO2 capture rates and repurposing of existing Synfuels Plant infrastructure and processes.

“Today’s announcement that Bakken Energy has reached agreement with Basin Electric on terms to develop a world-class clean hydrogen hub in North Dakota is of historical significance for our state and nation and heralds the extension of North Dakota being home to innovative leadership in fueling and feeding the world,” North Dakota Gov. Doug Burgum said. “The North Dakota Hydrogen Hub will lead to the establishment of new industries, create high-paying jobs and the development of new domestic and foreign markets. This project illuminates how the power of innovation over regulation can save versus destroy jobs. Congratulations to Bakken Energy, Mitsubishi Power and Basin Electric for their expansive vision to leverage the existing Synfuels Plant, its talented workforce, and North Dakota’s abundant resources to grow our economy and achieve our shared carbon neutrality objectives.”

The North Dakota Hydrogen Hub is expected to be commercially operational in late 2026 with a redevelopment budget for the broader hub including carbon capture and sequestration and hydrogen storage exceeding $2 billion.

“Today is the dawning of the hydrogen economy in the United States of America,” said Bakken Energy Chairman and Founder Steve Lebow. “Rapidly establishing the viability of low-cost clean hydrogen supply to meet the acceleration of clean hydrogen demand is critical to developing our nation’s hydrogen economy.” Lebow continues, “We greatly appreciate Paul Sukut, Chief Executive Officer and General Manager of Basin Electric and his team, as well as the staff of Basin Electric and the Dakota Gasification Company for their hard work in charting the best possible path forward for the plant. We are excited to work with the communities that depend on the sustained and growing employment our shared successes will provide. Our vision is that the Synfuels Plant will continue its historic role as a hub of innovation and pioneering spirit for the great benefit of generations to come.”

“The North Dakota Hydrogen Hub will create a foundation for economic growth and technical innovation extending throughout the upper Midwest,” said Bakken Energy CEO Mike Hopkins. “Driven by our commitment to achieve rapid and large-scale clean hydrogen production, Bakken Energy and our partner Mitsubishi Power have reimagined what is possible and identified the optimal path to leap from blueprint to clean hydrogen production in the shortest time possible. The North Dakota Hydrogen Hub will become a critically important, centrally located hydrogen complex and part of a nationwide, interconnected collection of hubs spanning the country.”

As part of the agreement between Basin Electric and Bakken the Synfuels Plant will continue existing operations through 2025. The transformation of the existing facility and subsequent operations of the redeveloped clean hydrogen production facility will require the same level of highly skilled employees.

“The announcement today represents the hard work of committed individuals at Basin Electric, Dakota Gas, Bakken Energy, and Mitsubishi Power,” said Paul Sukut, Chief Executive Officer and General Manager of Basin Electric Power Cooperative. “Our commitment is to get this right and choose the best option for our employees, our members, and area communities.”

“The redevelopment of the Synfuels Plant rapidly advances Mitsubishi Power’s strategic objective to deliver energy solutions that allow our customers to address climate change and advance human prosperity; delivering decarbonized hydrogen and ammonia solutions throughout the United States is central to this objective,” said Paul Browning, President and CEO of Mitsubishi Power Americas. “The centrally located North Dakota Hydrogen systems will connect our planned western and eastern U.S. hubs to establish a national hydrogen network. Together with our customers, we are creating a Change in Power.”

Bakken Energy was formed from the Family Office of Founder and Chairman Steven Lebow. Previously Lebow founded and co-led Donaldson, Lufkin & Jenrette’s (DLJ) Los Angeles office and created and led GRP Partners, a U.S. and European venture capital firm. From almost day one, he was the primary financier for companies including Costco Wholesale, PetSmart, Dick’s Sporting Goods, Envestnet, Bill Me Later (sold to PayPal) and ULTA Beauty. CEO Mike Hopkins and co-founders Curt Launer and Shane Goettle, and Chief Investment Officer Martin Murrer lead Bakken Energy’s development plans. Hopkins has successfully developed 54 power projects around the world, totaling more than twelve gigawatts. Launer was the number one ranked natural gas industry analyst on Wall Street for twelve years and is in the Institutional Investor Magazine Hall of Fame. Goettle is a life-long North Dakota businessman and attorney with more than 25 years of state and federal level experience. He is the former head of the North Dakota Department of Commerce and former chair of EmPower North Dakota, which develops comprehensive energy policy recommendations. Murrer has been an investment banker for more than 40 years on Wall Street and oversees the endowment at The Ohio State University.