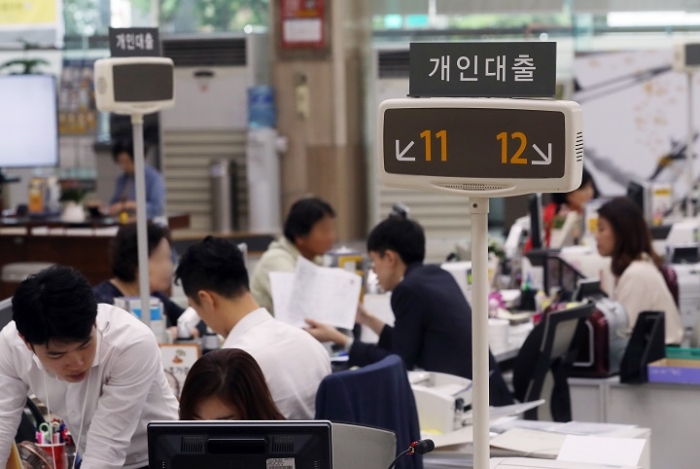 The number of employees in the banking sector at the end of last year totaled 111,173, down 3,602 from the previous year, according to the data from the Financial Statistics Information System operated by the regulator Financial Supervisory Service. The level of downsizing is the biggest since 5,202 back in 2000.

KB Kookmin, for instance, reduced its workforce by 2,592 people last year, the biggest number among all banks, with 2,795 leaving through voluntary retirement in January.

The number of branches decreased at an even greater scale. The banks had 6,790 branch offices at end-2017, down 312 from the previous year. It was the biggest decrease since record keeping began in 1999.

Citibank, which had 133 branches, reduced them to 44. Hana closed 87 branches, while KB Kookmin shuttered 71.

Customer preference for mobile and Internet banking will push these trends further, industry officials say, reducing the demand for manpower and physical spaces.

Data from the Bank of Korea said Internet banking transactions accounted for 83.9 percent in the fourth quarter last year, compared with 10.1 percent in over-the-counter transactions.