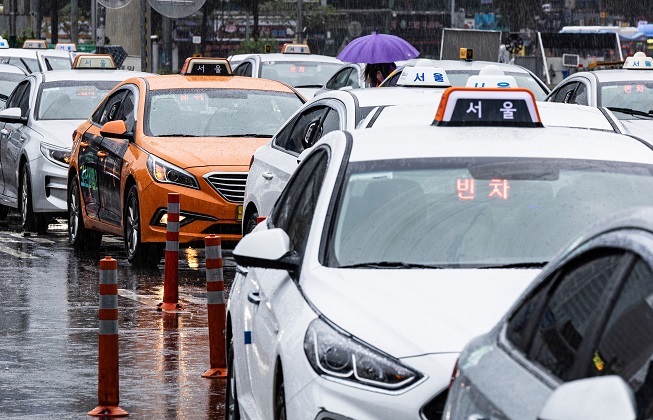 In this file photo, taxis are lined up in front of Seoul Station in central Seoul on Sept. 5, 2022. (Yonhap)

The Seoul Metropolitan Government passed the plan to raise the base rate for mid-sized sedan cabs operating in the capital city from the current 3,800 won.

It would be first hike of base taxi fare since February 2019.

The city government’s decision came as the central government and the ruling People Power Party have announced a set of measures to resolve the late-night taxi shortage sparked amid the pandemic.

Over the past few months, many people have complained of a shortage of nighttime taxis as demand for rides surged after nearly all COVID-19 social distancing rules were lifted earlier this year.

Under the measures, an extra charge for nighttime taxis will be increased from December.