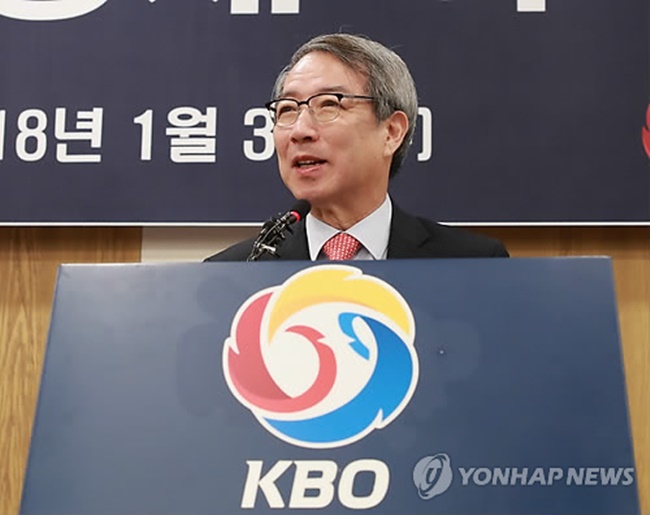 In this file photo taken on Jan. 3, 2018, Chung Un-chan speaks at his inauguration ceremony as the new commissioner of the Korea Baseball Organization (KBO) in Seoul. (Image: Yonhap)

SEOUL, Jan. 16 (Korea Bizwire) – The head of the country’s top baseball league was named the new president of the national professional sports association on Tuesday.

The KPSA was founded to help ensure more transparency across pro competitions and promote marketing activities among the leagues.

Chung, a former prime minister, took over as the KBO’s new chief at the start of January.